Brexit—Everything Changes so It Can Stay the Same? 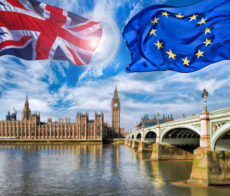 If we want everything to remain the same, everything must change. These famous words from The Leopard, Lampedusa’s masterpiece of social upheaval in Sicily during the Italian unification, might as well have been inspired by Brexit, to judge by the first phase of the negotiations between London and the European Union, which have finally produced an agreement.

The terms of the agreement are these: London will pay the EU about 40 billion pounds; Europeans living in British territory can stay (and vice versa); and the border between Northern Ireland, which belongs to the United Kingdom, and Ireland, which belongs to the EU, will be soft. It remains to define what “soft” means, but since London has agreed to “align” its norms with those of the union to ensure that there will not be a “hard” border, clearly the outcome will resemble the current situation.

The second phase of the negotiations, soon to start, will focus on economic exchanges between the two parties.

There are two options. One is the Norwegian way: in exchange for access to the single market (its official name is “internal market”), London agrees to make economic contributions, adopt European norms, and maintain the four freedoms, which include the free movement of people. The other is the Canadian way: London and Brussels sign a free trade agreement that lifts barriers to goods but not services.

Either way, under the standards set in public discourse by those who favored Brexit, London loses. In the first case, it accepts immigrants and bureaucratic European norms; in the second, it accepts protectionist barriers to the free flow of services, 80 percent of Britain’s economy. Which is why London wants a “Norway minus” or “Canada plus” type of arrangement. “Norway minus” would mean accessing the single market without paying much, without having to accept all European norms, and excluding the free movement of people (or accepting a more limited version of it). “Canada plus” would be a commercial treaty that, unlike the one Europe has with Canadians, includes goods but also services.

There are two kinds of Brexiteers, the nationalists and the libertarians. A large group are nationalists and protectionists; a significant, but smaller group, want a freer Britain and freer EU—i.e., dismantling the suffocating Brussels bureaucracy and concentrating on what matters: the free movement of goods, services, capital, ideas and, yes, people. Both types of Brexiteers lose in the negotiation. The nationalists get a lot more integration between Britain and Europe than they wanted (thank God!) and the libertarians get much of the Brussels bureaucracy without being able to influence any of its norms (good grief!).

Three “tory” administrations were in one way or another brought down in recent decades by the eurosceptics and the general division within the Conservative Party over Europe. Brits were torn apart by the referendum that ultimately decided Britain’s departure from the EU. And the end result, after all that sound and fury, is that things will in practice stay pretty much as they are—with a little less freedom of movement. What an absurd twist to the saga!