Against the Maternal State 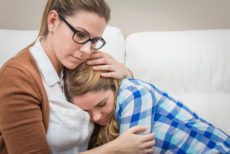 In the late nineteenth century, many Americans took pride in living in a country that boasted so much freedom. In describing their society and polity, they often contrasted them with what they called paternalism, which they believed was the rule in certain European countries, such as Germany, where a proto-welfare state began to be developed as early as the 1880s and became a beacon for Americans who disliked the high degree of personal freedom in the USA and wished to replace it with various forms of government dictation and direct participation.

So, in the late nineteenth century, despite the prevailing embrace of freedom, a growing group Americans set out, slowly and haltingly at first, to put their own forms of paternalism in place, beginning with campaigns against alcohol and tobacco, proceeding to mandatory-school-attendance, anti-child-labor, and women’s working-hours laws, and continuing until today, when governments seek to prohibit even forms of speech that some people dislike and perceive as harmful and to punish parents for letting children get out of their sight even in safe circumstances. Compared to the German paternalism of a century or more ago, the American paternalism of today extends much more broadly and deeply into social and political life, and its march shows no sign of losing momentum.

It seems to me, however, that this broad, multifaceted development ought to be called not paternalism, but maternalism. It seeks in many ways to give the state powers to do what for the most part mothers traditionally did: supervise, instruct, restrain, correct and, if need be, punish their children in order to turn them into decent, responsible adults. The difference, however—and it is a vitally important difference—is that today’s U.S. governments at every level impose their maternalism not only on children, but on everyone, as the saying goes, from the cradle to the grave. In short, contemporary maternalistic government in the USA treats the entire population as children. Small wonder that so many adults resent such treatment and bridle against it. After all, the whole point of becoming an adult is to leave the protective confines of the family, including one’s constantly monitoring mother, and enter a world in which one is free to act as one thinks best without oversight and instant correction by one’s mother, not to mention unrelated, distant strangers.

Moreover, the state that undertakes to replace mothers in guiding, monitoring, and punishing people has taken on a task that it cannot possibly accomplish successfully. The reason is not far to seek: whereas mothers generally do their mothering out of love and concern, the bureaucrats who take on this job simply check boxes in the paperwork and impose rules mindlessly without discretion and compassion, and certainly without the love required to do the job properly. It’s like replacing real mothers with enforcement machines, only worse, because a machine cannot be blamed for doing what it is designed and programmed to do, but a bureaucrat, being a human being, surely can and ought to be blamed for acting rigidly and mercilessly regardless of the consequences.

Governments cannot successfully replace mothers, and the century and a half of moving in this direction must be seen by dispassionate observers as among the greatest political and social blunders of the past five or six generations of Americans. It is long past time for a reversal of this misbegotten development. Government, if it is to exist at all, should be confined to its role as an enforcer of just rules of conduct along the lines of the natural law. Mothering must be returned to the mothers—and to the fathers who ought to assist and play an important role of their own in rearing children.