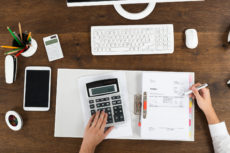 As 2017 was rushing to its end, the U.S. House and Senate passed different versions of income tax reform legislation, one of the Trump Administration’s top policy priorities. If a reconciled bill emerges from conference committee and is approved by majorities in both chambers of Congress before year’s end, the legislative effort would fulfill the president’s promise to oversee the first significant change to the U.S. income tax code since Ronald Reagan occupied the White House.

At the time of this writing, no one knows the devilish details of the final tax reform law, if it is in fact passed in time to take effect before a new tax season begins on January 1, 2018. Nevertheless, it is important to recognize that, no matter how well-intentioned and how consistent with the principles of public finance 2017’s tax reform attempt may be, the law’s provisions ultimately will be influenced heavily by a political process that is sensitive to the influence of well-organized special interest groups. Tax reform inevitably creates winners and losers.

Few voices on the left or the right of the political spectrum are heard in support of today’s income tax code, which is thousands of pages long and filled with credits and exemptions that benefit some taxpayers at the expense of others. Individuals spend hundreds of hours every year to keep the income and expense records necessary to comply with the law and complete their income tax returns. Many people unknowingly an unintentionally violate the tax laws because of their complexity and impenetrability. In an ideal world, tax laws would be simple, few credits and exemptions would be available and tax returns could be filed on a postcard.

Complex tax codes with multiple tax brackets distort the decisions people make between work and leisure and between spending and saving. Such distortions are minimized by reducing the number of income tax brackets and lowering the rates at which earned income is taxed. Evidence from here at home (the tax cuts overseen by presidents Kennedy and Reagan as well as from around the world) show that reductions in income tax rates generate increases in income tax revenue far larger than seen following tax rate increases because individuals’ incentives to spend time and effort avoiding paying taxes are weakened when tax rates are low.

Virtually all of the tax revenue increases from lower tax rates comes from high income earners for two reasons. First, only individuals in the top 60 percent of income earners pay any income taxes at all. Second, it is only those individuals who can afford to pay tax lawyers and accountants for advice on how to take advantage of tax law provisions that allow them to shield their incomes from taxation.

On the corporate income tax side, it is critical to get tax rates down to levels consistent with the rest of the world, meaning a top rate of 20 percent not nearly 40 percent. Corporations do not pay income taxes, only people do. Because corporate income taxes are shifted to their owners, employees, suppliers and customers, one can make a principled argument for an income tax rate of zero for corporations.

Revenue “Neutrality” Is a Unicorn

While it may be possible in theory to reform the tax code in ways that hold tax revenue constant, it is impossible in political practice. Every effort to modify tax laws elicits lobbying efforts aimed at shifting the taxpaying burden onto others’ shoulders. Realtors and developers fight to the death to keep the income tax deduction for mortgage interest payments, politicians representing cities and states with high income tax rates defend deductions on federal income tax returns for state and local income tax payments, and on and on. Because changes in the tax code inevitably create winners and losers, tax reform never can be neutral in another sense, namely that taxpayers’ behaviors are unaffected by whatever changes are adopted; they act rationally to minimize reform’s effects on their income tax bills.

Why should anyone but a politician worry about income tax cuts not reducing income tax revenue in the first place? If the federal government is unwilling to balance its budget by raising enough revenue to meet its expenditures, it should heed the advice of Adam Smith (and Charles Dickens’s Mr. Micawber) to lower its spending to meet its revenue.