Consent of the Governed, Revisited 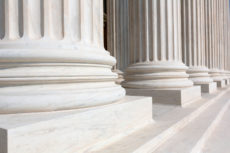 What gives some people the right to rule others? At least since John Locke’s time, the most common and seemingly compelling answer has been “the consent of the governed.” When the North American revolutionaries set out to justify their secession from the British Empire, they declared, among other things: “Governments are instituted among Men, deriving their just Powers from the Consent of the Governed.” This sounds good, especially if one doesn’t think about it very hard or very long, but the harder and longer one thinks about it, the more problematic it becomes.

One question after another comes to mind. Must every person consent? If not, how many must, and what options do those who do not consent have? What form must the consent take—verbal, written, explicit, implicit? If implicit, how is it to be registered? Given that the composition of society is constantly changing, owing to births, deaths, and international migration, how often must the rulers confirm that they retain the consent of the governed? And so on and on. Political legitimacy, it would appear, presents a multitude of difficulties when we move from the realm of theoretical abstraction to that of practical realization.

I raise this question because in regard to the so-called social contract, I have often had occasion to protest that I haven’t even seen the contract, much less been asked to consent to it. A valid contract requires voluntary offer, acceptance, and consideration. I’ve never received an offer from my rulers, so I certainly have not accepted one; and rather than consideration, I have received nothing but contempt from the rulers, who, notwithstanding the absence of any agreement, have indubitably threatened me with grave harm in the event that I fail to comply with their edicts. What monumental effrontery these people exhibit! What gives them the right to rob me and push me around? It certainly is not my desire to be a sheep for them to shear or slaughter as they deem expedient for the attainment of their own ends.

Moreover, when we flesh out the idea of “consent of the governed” in realistic detail, the whole notion quickly becomes utterly preposterous. Just consider how it would work. A would-be ruler approaches you and offers a contract for your approval. Here, says he, is the deal.

I, the party of the first part (“the ruler”), promise:

(1) To stipulate how much of your money you will hand over to me, as well as how, when, and where the transfer will be made. You will have no effective say in the matter, aside from pleading for my mercy, and if you should fail to comply, my agents will punish you with fines, imprisonment, and (in the event of your persistent resistance) death.

(2) To make thousands upon thousands of rules for you to obey without question, again on pain of punishment by my agents. You will have no effective say in determining the content of these rules, which will be so numerous, complex, and in many cases beyond comprehension that no human being could conceivably know about more than a handful of them, much less their specific character, yet if you should fail to comply with any of them, I will feel free to punish you to the extent of a law made my me and my confederates.

(3) To provide for your use, on terms stipulated by me and my agents, so-called public goods and services. Although you may actually place some value on a few of these goods and services, most will have little or no value to you, and some you will find utterly abhorrent, and in no event will you as an individual have any effective say over the goods and services I provide, notwithstanding any economist’s cock-and-bull story to the effect that you “demand” all this stuff and value it at whatever amount of money I choose to expend for its provision.

(4) In the event of a dispute between us, judges beholden to me for their appointment and salaries will decide how to settle the dispute. You can expect to lose in these settlements, if your case is heard at all.

In exchange for the foregoing government “benefits,” you, the party of the second part (“the subject”), promise:

(5) To shut up, make no waves, obey all orders issued by the ruler and his agents, kowtow to them as if they were important, honorable people, and when they say “jump,” ask only “how high?”

Such a deal! Can we really imagine that any sane person would consent to it?

Yet the foregoing description of the true social contract into which individuals are said to have entered is much too abstract to capture the raw realities of being governed. In enumerating the actual details, no one has ever surpassed Pierre-Joseph Proudhon, who wrote:

To be GOVERNED is to be kept in sight, inspected, spied upon, directed, law-driven, numbered, enrolled, indoctrinated, preached at, controlled, estimated, valued, censured, commanded, by creatures who have neither the right, nor the wisdom, nor the virtue to do so. To be GOVERNED is to be at every operation, at every transaction, noted, registered, enrolled, taxed, stamped, measured, numbered, assessed, licensed, authorized, admonished, forbidden, reformed, corrected, punished. It is, under pretext of public utility, and in the name of the general interest, to be placed under contribution, trained, ransomed, exploited, monopolized, extorted, squeezed, mystified, robbed; then, at the slightest resistance, the first word of complaint, to be repressed, fined, despised, harassed, tracked, abused, clubbed, disarmed, choked, imprisoned, judged, condemned, shot, deported, sacrificed, sold, betrayed; and, to crown all, mocked, ridiculed, outraged, dishonored. That is government; that is its justice; that is its morality. (P.-J. Proudhon, General Idea of the Revolution in the Nineteenth Century, trans. John Beverley Robinson. London: Freedom Press, 1923, p. 294)

Nowadays, of course, we would have to supplement Proudhon’s admirably precise account by noting that our being governed also entails our being electronically monitored, tracked by orbiting satellites, tased more or less at random, and invaded in our premises by SWAT teams of police, often under the pretext of their overriding our natural right to decide what substances we will ingest, inject, or inhale into what used to be known as “our own bodies.”

So, to return to the question of political legitimacy as determined by the consent of the governed, it appears upon sober reflection that the whole idea is as fanciful as the unicorn. No one in his right mind, save perhaps an incurable masochist, would voluntarily consent to be treated as governments actually treat their subjects.

Nevertheless, very few of us in this country at present are actively engaged in armed rebellion against our rulers. And it is precisely this absence of outright violent revolt that, strange to say, some commentators take as evidence of our consent to the outrageous manner in which the government treats us. Grudging, prudential acquiescence, however, is not the same thing as consent, especially when the people acquiesce, as I do, only in simmering, indignant resignation.

For the record, I can state in complete candor that I do not approve of the manner in which I am being treated by the liars, thieves, and murderers who style themselves the Government of the United States of America or by those who constitute the tyrannical pyramid of state, local, and hybrid governments with which this country is massively infested. My sincere wish is that all of these individuals would, for once in their lives, do the honorable thing. In this regard, I suggest that they resign their positions immediately and seek honest employment.

Addendum on “love it or leave it”: Whenever I write along the foregoing lines, I always receive messages from Neanderthals who, imagining that I “hate America,” demand that I get the hell out of this country and go back to wherever I came from. Such reactions evince not only bad manners, but a fundamental misunderstanding of my grievance.

I most emphatically do not hate America. I was not born in some foreign despotism, but in a domestic one known as Oklahoma, which I understand to be the very heart and soul of this country so far as culture and refinement are concerned. I yield to no one in my affection for the Statue of Liberty, the Rocky Mountains, and the amber waves of grain, not to mention the celebrated jumping frog of Calaveras County. So when I am invited to get out of the country, I feel like someone living in a town taken over by the James Gang who has been told that if he doesn’t like being robbed and bullied by uninvited thugs, he should move to another town. To me, it seems much more fitting that the criminals get out.

Second addendum: The foregoing (along with a few ill-considered sentences that I have now deleted) was first posted by The Beacon blog in June 2010. I stand by it except for the small revisions just mentioned. However, ultimately, in recognition of the zero probability that the U.S. government would ever treat me decently and would almost certainly only demand greater abasement from me over time, I emigrated from the USA in October 2015. I did not go to a free country; no such country exists. But I did escape some of the more menacing and humiliating aspects of life under the U.S. government as well as the state and local tyrannies that hold the American people hostage.