Why Subsidize the U.S. Department of Education When We Could Be Funding ESAs Ourselves? 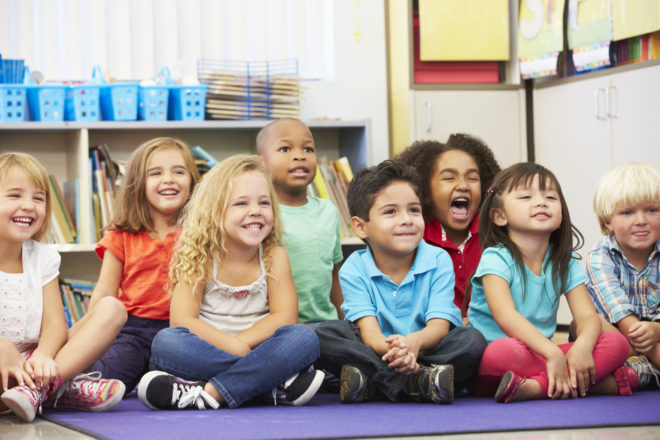 Last month marked the 38th anniversary of the establishment of the U.S. Department of Education.

Proponents insisted that elevating the Office of Education to a Cabinet-level department would improve federal education spending efficiency as well as student achievement. Opponents countered that there is scant (if any) evidence that increasing federal control over education would achieve either.

Turns out, oppoenents were right.

From fiscal years 1970 through 2016, U.S. Office/Department of Education (ED) K-12 spending outpaced student enrollment by more than 10 to one.

Over this period, ED spending increased more than 115 percent in real terms from $38.1 billion to $82.1 billion. Yet elementary and secondary enrollment increased by just 11 percent, from 45.5 million students to 50.6 million students.

Meanwhile, math and reading scores of 17-year-olds have improved by just two points each since the early 1970s, to 306 in math and 287 in reading out of a possible 500, on the Nation’s Report Card, the longest-running nationally representative assessment of American students.

The percentages of public high school seniors who now score proficient or better on this assessment are also alarmingly low.

Average per-pupil expenditures now exceed $12,000, with the federal government kicking in around 10 percent or less of that amount.

So it appears the advent of ED has had a negligible impact at improving the productivity of education spending in terms of improved student achievement—particularly for low-income students.

But it’s also worth considering just how much the actual department is costing taxpayers in terms of administrative expenses.

By the close of 2016, there were more than 4,400 full-time ED employees whose average salaries exceeded $100,000—jumping to nearly $170,000 for senior and executive level staff. Altogether, ED’s personal compensation and benefits budget totaled nearly $630 million.

The response from Congress has been split. Senate lawmakers recommended a $29 million increase, while House lawmakers scaled back the President’s cuts to just over $2 billion.

Back in 1866, when the idea of a national education department was first being debated in Congress, opponent Rep. Samuel J. Randall of Pennsylvania predicted that it would amount to

...a bureau at an extravagant rate of pay, and an undue number of clerks collecting statistics . . . [that] does not propose to teach a single child . . . its a, b, c’s.

Randall was right, and today at least some members of Congress seem to know it.

Earlier this year, U.S. Representative Thomas Massie (R-KY) introduced a one-sentence long bill abolishing ED no later than December 31, 2018. The measure has growing national grassroots support fueled by the belief that it’s time to put the real experts back in charge of education: students’ parents. But how?

First, we should return all the program and administrative overhead funding we now send to ED to taxpayers in the states. Second, with those funds states could establish education savings accounts (ESAs) for K-12 students to help better ensure funding pays for the educational services students need instead of a bloated DC bureaucracy.

Arizona was the first state to enact an ESA program in 2011, and five more states have enacted them since then. The ESA concept is simple. Parents use a type of dedicated-use debit card to purchase the educational services and materials they think are best for their children, and any leftover funds remain in students’ ESAs for future expenses, such as college tuition.

Importantly, ESAs are fiscally accountable because quarterly expense reports (with receipts) from parents and ongoing audits help ensure funds are not misspent. Any misspent funds are repaid, or parents face legal prosecution.

Rather than continue funding ESAs through government appropriations as current programs do, they should instead be funded through private donations to nonprofit organizations that would manage ESAs. Those donations would be eligible for credits donors could claim against their state income taxes (see here and here), similar to the 22 tax-credit K-12 scholarship programs operating now in 18 states.

Yet unlike scholarship programs, which enhance parents’ freedom to choose among various schools, ESAs empower parents to customize their children’s education, from the schools they attend, to the teachers and tutors who instruct them, the online courses their children take, and even the special education therapies their children receive.

Ultimately, parents know and love their children best, not the feds. They, not some far-off government bureaucracy, should be in charge of their children’s education.