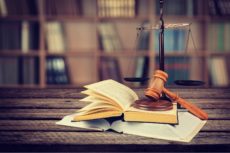 I first met Fred S. McChesney (1948–2017) at the Federal Trade Commission in the early 1980s. Ronald Reagan had just been elected to the presidency and had appointed James C. Miller III as the FTC’s chairman. Robert D. Tollison had been confirmed as the Director of the FTC’s Bureau of Economics. I am not sure how Fred ended up on the FTC’s professional staff after having practiced law in the D.C. area, but he was serving as the Bureau of Consumer Protection’s Associate Director for Policy and Planning when I interviewed for a position in his “shop.” That interview did not turn into a job offer from Fred, which was a blessing in disguise because I ended up working instead for Bob Tollison. Fortunately, that near-miss did not preclude our future friendship.

Being nearly the same age and with similar doctoral training in economics, Fred at the University of Virginia (UVA), me at Texas A&M, we later became intellectual soulmates, although I hasten to emphasize that I am not a lawyer. Fred was: He held a Juris Doctorate from the University of Miami’s Law School and had been counted among the first generation of students to graduate from the program created by then-Dean Henry Manne to produce lawyers with Ph.D.-level knowledge of microeconomic theory. Joint economics Ph.D.-J.D. degree programs are now thriving at George Mason University, New York University, and other schools, but Fred was on the leading edge of Henry Manne’s curricular innovation.

It soon became apparent to me, if as something of a surprise, that Fred McChesney could think like a lawyer, but never lost the ability to think like an economist. That was perhaps Fred’s greatest gift, which led us eventually to collaborate on research projects of mutual interest grounded mostly, but not exclusively, in our experiences at the FTC.

Our first joint project might never have gotten off the ground, though, without the encouragement of Bob Tollison, who mentored both of us early in our careers and for throughout the remainder of his too-short life (Bob passed away at the age of 73, on October 24, 2016). Our coedited book, The Causes and Consequences of Antitrust: The Public-Choice Perspective, published by the University of Chicago Press in 1995, is dedicated to Bob as the “intellectual middleman” who brought the two of us together.

Fred and I later published several journal articles and book chapters on various aspects of antitrust law enforcement in the United States and in Europe, collaborating fruitfully on separate occasions with David Haddock and Michael Reksulak. In addition, I contributed a few chapters to a 1998 Wiley book by Fred that grew out of a special issue of Managerial and Decision Economics he had edited in 1996.

That list just scratches the surface of Fred McChesney’s curriculum vitae, which includes Antitrust Law, a textbook he wrote with UVA’s Charles Goetz (now in its fifth edition, with third collaborator Thomas Lambert), a two-volume collection of Henry Manne’s papers published by Liberty Fund, Money for Nothing: Politicians, Rent Extraction, and Political Extortion (Harvard University Press, 1997), and countless articles in leading law and economics journals on topics as far afield as the origins of municipal fire-fighting departments, the counterproductive policies of the Bureau of Indian Affairs, the effects of the Federal Trade Commission’s “Funeral Rule,” enforcement of the commission’s truth-in-advertising regulations, and the influence of special interest groups on the FTC’s decisions to challenge proposed mergers or not.

Before moving to Northwestern University, where he held joint appointments in the law and business schools, Fred taught law at Cornell and Emory. He returned to the University of Miami in 2011. Fred served “of counsel” to the Southern Economic Association. In that capacity, he attended meetings of the Board of Trustees regularly; his advice was indispensable in shepherding the transfer of the association’s legal domicile from Oklahoma to Tennessee. He was for many years a Research Fellow at the Independent Institute.

Fred was an attentive student of American history, with particular interest in the Civil War era. Whenever we talked (and no one ever could have had a dull conversation with him) about what we currently were reading, Fred invariably mentioned books about the War between the States. Our collaboration on The Causes and Consequences of Antitrust made great strides during a trip Fred made in the early 1990s from Chicago to my home in Oxford, Mississippi, touring the Shiloh battlefield along the way.

He was an erudite rock-and-roll music fan who quoted lyrics from memory and would often use those lyrics in the titles or epigraphs of his scholarly writings, with proper credit, of course, to artists like Mark Knopfler of Dire Straits. While working, he frequently would have his radio tuned to an oldies station that specialized in music from the mid-1950s through the ‘70s. He won a number of contests of the “Be the first to call in with ___” (insert name of artist or composer, next verse, etc.) sort, but rarely bothered to collect the prizes.

The last picture I have of Fred shows him on the way to a nursing home somewhere in Maryland or the D.C. area, where he was born and reared. He was wearing a Detroit Tigers baseball cap and smiling broadly at the camera. I wondered in an email why a Maryland boy would be a Tigers fan. Our mutual friend and coauthor David Haddock wrote back with the answer: Fred was a paperboy in the D.C. suburbs when the Washington Senators announced that the team was leaving to become the Minnesota Twins. He read that news on his route one morning and immediately sat down on the curb and cried. Legendary right-fielder Al Kaline grew up in Fred’s hometown or somewhere nearby, so Fred decided that if Washington no longer had a big-league team, he would root for Kaline. Fred followed the Detroit Tigers for the rest of his life.

Fred was equally loyal to his many friends and colleagues. The decline in his health over the past several years was very distressing to me, but I harbored hope that his return to the D.C. area from Miami a few weeks ago would, by putting him much closer to his brothers, sisters, and some of his children, turn things around. That was not to be: Sadly, Fred McChesney passed away on October 12, 2017, at the age of 68.

A bright light in the constellation of law and economics scholars has gone out. For those of us who knew him well, his passing is heartbreaking.