Tax Reform Is a Scam: Tell Us What We Really Pay! 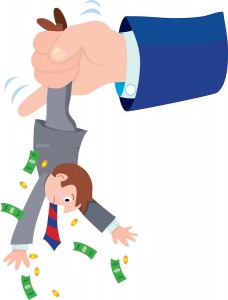 In another post, Randall Holcombe rightly notes the pressing need for tax reform. Holcombe argues that Trump’s proposed tax reform is “an improvement over the current system.”

That may be true; time will tell. Yet, today my news feed reports nonchalantly that the Republican Congress passed a budget in excess of $4 trillion. That is $12,693 per capita. Stated differently, the federal government spends $50,000 for every four Americans. Picture a family of four for comparison’s sake. Where is the spending reform?

That doesn’t get to the real cost of government, which also includes local and state spending amounting to another $3 trillion. Total: $7 trillion or $21,700 per capita. In excess of $86,000 for every four Americans. Find three friends and start paying!

It’s a mark of our age that the high cost of government no longer elicits outrage or comment. The two major political parties bicker about social and cultural issues, thus distracting us from the bipartisan willingness to extract wealth from Americans.

The Reagan Revolution (or the “Republican Revolution” of 1994) is long dead. What remains is the shell game of shifting costs from one group or another through “tax reform.”

Federal tax reform is one way to conceal the costs of government by focusing public attention on only one aspect of taxation (ignoring state, local, property, sales, corporate and other taxes). Even then, the true cost of government to an individual is obscured by the complexity of money transfers.

Back in the 1970s, economist James Buchanan emphasized the problem of “fiscal illusion.” Government spending was (is) out of control, in part, because of “the failure of citizens to estimate properly the true tax costs” of spending programs. “These costs are underestimated, sometimes by a factor of two-thirds. The people who pay taxes do not realize how much they pay. . . .”

Radical tax reform would make the “true tax costs” of government evident to the ordinary person, instead of concealing it by layers of taxation.

That is the type of reform we need.

Don’t hold your breath waiting for the current political class to deliver it.