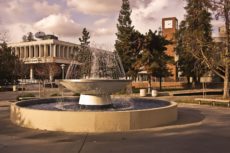 California State University officials want more undergraduates to earn their degrees and do so more quickly. Yet their “solution” could compound the more fundamental problem that too many students are graduating without being prepared.

Yet these changes are risky, as Thomas D. Elias explains in The Orange County Register.

The 23-campus California State University system knows it must somehow speed up graduation beyond today’s pace, which sees just 19 percent of entering freshmen graduate within four years. The low rate is at least partly because more than a third of frosh need some remedial work. ...

The problem with giving academic credit for remedial classes that essentially provide students with knowledge or skills they should have picked up in high school is that it threatens to dumb down degrees from Cal State campuses from the North Coast to San Diego.

He concludes that in spite of CSU officials’ quality assurances, “Still, it may not be possible to turn a cow into a racehorse just by calling it something different or painting it a different color.”

Elias is right, and there’s reason to believe that a similar sort of paint job’s been happening for years in the form of inflated high school performance.

Last fall, the mean high school GPA for students in CSU remedial classes was a 3.2.

How on earth do students with GPAs that would qualify them for the high school honor roll wind up in remedial classes?

Along with remedial students’ high school GPAs, California’s reported annual graduation rates are also high. This spring State Superintendent of Public Instruction Tom Torlakson announced that California’s high school graduation rate increased for the seventh consecutive year to a new record-high, 83.2 percent in 2016 up from 74.7 percent in 2010. In fact, rates were up across almost every student socio-economic group. Torlakson attributed the graduation rate increases to better academic standards, additional funding for schools, and more engaging classes, as he did last year when he made a similar announcement.

But the U.S. Department of Education (ED) isn’t convinced. It’s initiated an audit to determine whether California schools are accurately calculating and reporting high school graduation rates. (See pp. 9 and 17; and also here and here. As of this writing, the results of that audit aren’t available.) According to ED rules that were updated in 2008, the states were supposed to have adopted a uniform method for calculating high school graduation rates that was “more honest” no later than the 2010-11 school year.

The biggest problem with reported graduation rates like these is that no matter how states calculate them, they amount to false advertising about students’ actual preparation for college-level work or a career (see here and here).

According to the latest results from California’s Smarter Balanced Assessment Consortium (SBAC) test, the percentage of 11th graders deemed college-ready by the state is alarmingly low (defined as Level 4 or exceeding the state standards).

Yet California is hardly the only culprit when it comes to inflating graduation rates. (For state-by-state rates, see here).

For all ED’s emphasis on “more honest” figures, there’s lingering suspicion that its new reporting method isn’t all that honest, either.

“This increase,” according to President Obama’s press office last October, “reflects important progress schools across the country are making to better prepare students for college and careers after graduation.”

Not everyone’s so sure.

Once the country’s high school graduation rate surpassed 80 percent, alarm bells started going off. NPR advised taking it with “a big grain of salt.” Even Education Week was doubtful about the newest record-high rate. But my favorite response of all came from Robert Pondiscio, senior fellow and vice president for external affairs at the Thomas B. Fordham Institute. In his blistering article titled “The Phoniest Statistic in Education,” Pondiscio gets right to the point: “Let’s just stop pussyfooting around and say it out loud: The ‘historic’ peak in the country’s high school graduation rate is bullsh*t.” [edited]

As it is, remedial education costs Californians up to $14 billion annually. There is no good reason high school graduates should be unprepared for entry level college English and math classes—much less expect taxpayers to pay twice to educate them by counting remedial classes as credit-bearing courses.