How NYU Can Learn from China 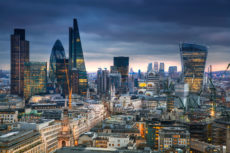 When I studied in London last year as part of my university’s exchange program, I experienced first-hand the inefficiencies of monopolies propped up by central authorities. The “central authority” I speak of is not, perhaps, what you are thinking of: the UK government, or worse, the ‘notorious’ European Union. Rather, I use the term to describe my own university, which in many ways operates like a state. I was inspired to write this blog post after reading China’s Great Migration, by Bradley M. Gardner, because of the parallels I saw between the Chinese government’s control over its economy and my university’s control over housing.

I go to New York University, which is known in New York for being egregiously expensive. At NYU’s London campus, the story is the same. In particular, housing costs turn a high tuition bill into a monumental cost of attendance. But it doesn’t have to be this way. NYU is much smaller than a state, but its housing woes reflect the problems caused by governments that limit economic competition and enforce state-run monopolies; it can learn from these experiences.

When I was choosing where to live in London, I was given the option of choosing between three different dorms: two operated by NYU and one operated by a private company called Urbanest, which also rents to students from other universities. In the two NYU dorms, you are most likely to be placed in a double room in a suite. You’ll have a roommate and share a bathroom with three or more other people. That costs about $8,500 per semester.

In Urbanest, you are guaranteed your own room, most likely in a suite with four to eight other rooms. You’ll have your own bathroom in your room, and share a kitchen with the suite. That’s listed on NYU’s housing website at around $10,000 per semester.

I stayed in Urbanest my first semester and an NYU dorm in my second, and I can say that the quality of Urbanest is undeniably better. The beds are comfortable. The kitchens are large and have ceiling-height windows. And Urbanest rents bikes to students for very cheap. None of this is true of the NYU dorms. It makes sense, though—Urbanest is more expensive, so the quality should be better. The problem is, Urbanest is actually not more expensive—for non-NYU students, that is.

As the Bedford Square News reported last year, NYU students who rent a room in Urbanest through the university pay $3,000 more per semester than non-NYU students, who can book directly through Urbanest for around $7,000 per semester. This means that, in reality, the private company is able to provide a superior product while charging much less than NYU.

And there are other, better—and cheaper—options outside of NYU housing. I stayed in three different Airbnbs in London over winter break (NYU kicks students out of the dorms over holiday) all costing from $28 to $44 a night. Taking the highest rate, $44, that’s just over $5000 for the seventeen-week semester—much cheaper than anything NYU provides. Unfortunately, though, living full time in an Airbnb—as well as booking directly through Urbanest—is not actually an option because NYU requires students studying abroad to live in university housing. Students must book through NYU and pay whatever rate the university decides to charge.

While the motivation behind such a policy may be to ensure the university has enough revenue to cover the costs of its dorms so it can guarantee students housing, the market already does a fine job providing housing at higher quality and lower cost.

NYU’s high housing costs are rooted in the same lack of choice that makes state-mandated monopolies inefficient, and NYU would be well-suited to look at the experiences of economies that have been dominated by these monopolies.

One of the best examples of such an economy is China. In his new book, China’s Great Migration, Bradley M. Gardner outlines how the migration of over 260 million Chinese people from rural China to urban centers helped transform the Chinese economy into the second largest in the world. The migration was so large and rapid that it forced the government to greatly loosen its control over the economy.

In 1979, the Chinese government legalized self-employment (private employment) to absorb the millions of unemployed people who could no longer find work in state-owned enterprises. Since then, the number of private firms has grown substantially and, as Gardner notes, these companies have consistently outperformed the SOEs. That’s because the private sector is forced to adapt to the market—to lower costs and improve quality as the market demands cheaper and better products.

State-owned enterprises, on the other hand, lack such adaptability and do not face actual market costs and prices. Just like NYU’s housing, Chinese SOEs that are still viable stay above water only because they enjoy monopolies. In both cases, monopolies created by central planning are inefficient, and the private sector can do a better job.

Mr. Gardner notes that SOEs are the biggest threat to China’s continued development and that China would only benefit from selling off these companies. Similarly, as NYU faces increasing pressure over its cost of attendance, it would do well to end its monopoly on housing and the corresponding price inflations at its campuses abroad, letting the market dictate where students live.