A Plea for Do-Nothing Government 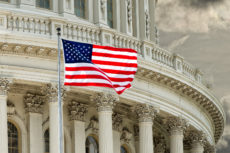 Nothing promotes bad public policy as much as disaster. An economic depression gives rise to demands for Keynesian “economic stimulus” spending; elevated rates of unemployment among low-skilled workers give rise to demands for increases in the legal minimum wage; shortages of goods and services caused by floods, hurricanes, tornadoes, and other such acts of God give rise to demands for legal prosecution of “price gougers”; and so on and on.
Probably the single most beneficial amendment to the U.S. and state constitutions would be an amendment to forbid the government from “doing something” beyond its normal actions in response to national or local emergencies. Nearly everything the government does on such occasions makes matters worse, ultimately if not immediately. If only the people understood that the government waits for emergencies with saliva flowing, knowing that it can then get away with extensions of its power and the enrichment of its cronies to an extent that would be impossible in normal circumstances.
Today’s phrase is “crisis and leviathan.” Can you say “crisis and leviathan,” boys and girls?