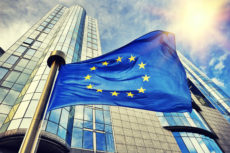 A bird’s-eye view of the Eurozone economies a decade after the financial crisis invites three conclusions: Governments that made unpopular free-market reforms are already reaping the fruits; families and businesses are acting more sensibly than their governments; last but not least, people have behaved much differently than the European Central Bank (ECB) intended.

The fastest growing countries are Ireland (6.6 percent), Spain (3 percent) and Portugal (2.8 percent). The first had already engaged in reform before the financial crisis, the second did so later on, and the third applied them sequentially under a right-wing government and then a left-wing coalition that included some communists! These three countries have also created the most jobs in the past three years, followed by none other than Greece, which is beginning to grow after undergoing traumatic shock therapy.

All Eurozone countries except Spain and France already comply with the fiscal rules of the union. Ireland’s state accounts are practically balanced, and Greece’s show a surplus of almost 1 percent!

In recent years, if one paid too much attention to Europe’s strident populist movements known as “indignados” (“the outraged ones”), it looked as if most Europeans had bought into third world demagoguery. But far from the fiery streets, families and businesses were patiently purging the excesses of the go-go years. Four years ago household debt amounted 97.5 percent of family income, and now the proportion is down to 93.6 percent. This is one among several areas where the United States might learn something European. In the U.S., household debt has now reached $12.73 trillion according to the Federal Reserve, surpassing the all-time record.

European corporate debt has remained stable and now has a tendency to decrease. Total investment, which now registers the highest figure in six years, is no longer focusing on real estate but on the information and the communication industries, as well as scientific and technical activities.

But perhaps the most important conclusion is this: Despite the European Central Bank’s obsessive efforts to force citizens to borrow and consume through the artificial creation of money (believing that economies recover when governments tell people when and how much to borrow and spend), Europeans, chastened by the trauma of the past decade, have instead opted for prudence.

The monetary base has grown by 45 percent since 2016 because of the ECB’s monetary hocus-pocus, yet credit is increasing at 0.7 percent a year because the people are wiser than the authorities. Family credit is increasing at a disciplined 2.3 percent per year, almost mirroring the average growth rate of the Eurozone economies (and well below the intoxicating rate of the Bacchic years). Consumer credit, after several depressive years, is increasing at slightly more than 4 percent, a reasonable figure if we take into account that mortgage loans, once at the heart of the financial debacle, are expanding at a moderate 2.8 percent. In the United States, by contrast, consumer credit is reaching alarming heights: Auto, student, and credit card loans have just broken all records. (They stand at $1.13 trillion, $1.45 trillion, and $1.02 trillion, respectively.)

The artificial creation of money by the ECB has failed to trigger the credit boom it intended to spur. Another objective was to push price inflation, but it is still below 2 percent. The artificial money has accumulated, much as has happened in the United States, in the so-called “excess reserves” of the central bank because the market, i.e., consumers and producers, have been cautious. Those excess reserves are a monument to the failure of the interventionists.

Not everything about Europe’s politics and economics is a disaster. After a long time, some of those countries are in a position to show the rest of the world a few things. The countries that embraced liberal reform, timid or bold, before the crisis (Ireland, Germany, and the Netherlands) or afterwards (Spain, Portugal and, still far behind, Greece) are doing much better than those that succumbed to left-wing demagoguery or right-wing nationalism. Even more noteworthy is the prudent financial behavior of ordinary people, who seem equally distant from the narcissism of the outraged ones and the paternalism of the State.

Alvaro Vargas Llosa is a Senior Fellow at the Independent Institute. His latest book is Global Crossings: Immigration, Civilization, and America.