A Kind Word on Behalf of the Mexicans 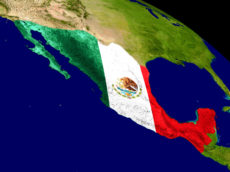 “The immigration problem” or “the border problem” has been a heated topic of debate and politicking in recent years. (This recent spurt is only the most recent in a series that goes back for centuries in U.S. history.) In large part this debate pertains to the entry of Mexicans, especially undocumented Mexicans, into the USA. For those who support a strong “closed borders” or “secure the border” position, the debate often involves claims about Mexicans—what sort of people they are, what one may reasonably expect them to do if they become residents of the USA, what crimes they have committed or will commit in the future, and so forth. Anyone who is familiar with Mexicans is struck repeatedly by the sheer ignorance and the false claims that immigration opponents marshal in support of their position. The president himself has trotted out howlers about Mexican rapists and drug traffickers as important, standing problems of even the existing flow of Mexicans into the USA.

I have a working familiarity with the social science literature on immigration. (In the past I have written articles for economic history and demography journals that dealt with various aspects of immigration in the late nineteenth and early twentieth centuries.) More to the point for present purposes, I have considerable personal experience with Mexicans. I grew up on the rural west side of California’s San Joaquin Valley in the 1950s in a place with a population composed of about two-thirds Mexicans and their native-born children. In October 2015, I emigrated from the USA, and since then I have lived in the Mexican state of Quintana Roo. I speak Spanish, though not with the fluency I would like, and in one way or another I deal with Mexicans nearly every day. So when I think or speak about Mexicans I do so with some personal as well as scholarly background.

In this light, I am stunned by how many Americans have a false impression of Mexicans. Of course, any generalization about them will be subject to qualifications. Mexico is a large, diverse country with a large, diverse population. And obviously from individual to individual great variations exist. No population consists of nothing but good people (however defined) or nothing but bad people (however defined).

Overall, I have found Mexicans—both those with whom I grew up in California and those among whom I now reside in Mexico—on average to be fine people in all relevant dimensions. They are devoted to their families and love their children. They are extremely hard workers, often under extraordinarily difficult and unpleasant conditions. They are good-natured and friendly, courteous and generous. They are also in many cases surprisingly resourceful, knowing how to build or repair all sorts of things, often without proper tools or materials. Many of them have an artistic capacity that allows them to create various products that are not only practical but also beautiful. Centuries of oppression and brutality by the ruling classes have not destroyed their hope for a better future, and they are often willing to bear great personal costs in order to make that future better for themselves and their children.

In view of the sorts of people they actually are—not as they are painted by vicious politicians and border bullies—one might well suppose that not only are they not an especially worrisome kind of immigrants to the USA, but instead exactly the kind that native-born American should welcome, the sort that among other things will do thousands of difficult and uninviting tasks—for example, working in poultry or meatpacking plants, putting on roofs, holding down building and highway construction and masonry jobs in rain and summer heat, cleaning hotel rooms, cooking and cleaning in restaurants, harvesting crops such as apples, asparagus, strawberries, and hundreds of others that demand backbreaking manual labor, and so on and on—tasks that native-born workers are not exactly clamoring to perform these days.

Moreover, not all Mexicans who come to the USA are unskilled, low-wage workers. Entrants also include highly educated people such as lawyers, doctors, engineers, and information technology workers. Mexico’s labor force is no longer a mass of unskilled or semi-skilled workers, and in many cases both the migrants and the U.S. economy stand to gain by Americans’ welcoming highly skilled people from Mexico. That such people have relatively less to gain does not imply that they have nothing to gain. In any event, it behooves Americans to recognize the existence of this type of migrants as well as those at the bottom of the wage scale.

It would be a most instructive experiment if somehow all the immigrant workers were to be removed from the U.S. economy overnight. The upshot would be calamitous for many U.S. industries and for large geographic areas of the country. Immigration opponents rarely appreciate the extent to which the U.S. economy depends on Mexican (and other immigrant) labor and the tremendous extent to which the foreign workers produce and distribute goods and services essential to day-to-day life for everyone. The oft-heard claim that the migrants come to the USA simply to sponge off the welfare state is so preposterously out of touch with reality that it staggers the mind. Yes, of course, some immigrants take advantage of the welfare state, but their taxes (not just income taxes but also property, sales, excise, and social security taxes), fees, fines, and other personal payments also prop up that system. They are not simply welfare deadbeats (as obviously many native-born persons are) and not simply consumers or competitors for jobs or housing. They are above all producers.

More important, however, they are in the great majority of cases good and decent people seeking what most people seek—an opportunity to work toward building a better life for themselves and their children. For those of us who know them more intimately than most, it is painful to hear the ignorant and malicious statements that circulate about them, especially perhaps on social media, where people are frequently unrestrained in letting loose the most vitriolic and baseless accusations. Individualists, above all, should know better than to judge a large group of people on grounds such as race, ethnicity, or place or birth—attributes that no one has earned but has merely been born with. Americans in particular ought to meet a higher standard than to embrace such collectivism, especially about people who in many cases are personally unknown to those making the negative appraisal. Among the highest aspirations of the American people historically has been the idea that their country would serve as a beacon of freedom and a refuge for the oppressed of other lands. It is high time that more Americans became cognizant of the desirability of reestablishing this noble aspiration.