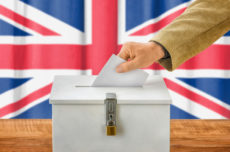 Jeremy Corbyn’s socialist policies of state control, high spending, class warfare and punitive taxation have been tried in many countries. We know how these policies turn out and it is always the same: badly.

As a starting point, he appointed a Stalinist as a key advisor, ignored warnings about Trot infiltration of the Labour Party and called for the “complete rehabilitation” of Leon Trotsky himself.

We should all know what hardline Communism produces: the Soviet Union, Maoist China, North Korea or, at best, Cuba or East Germany. Yet Mr. Corbyn thinks that the same policies that produced repeated catastrophes before will produce a socialist nirvana in the UK. While the Bourbons learnt nothing and forgot nothing, the UK Hard Left seems to have learned nothing at all. Consider some of Mr. Corbyn’s comrades abroad and the damage they have wrought.

Exhibit Number One is Venezuela under Hugo Chavez. Twenty years ago Venezuela was one of the richest countries in the world. Now it is one of the poorest. Food is scarce, people are starving and inflation is approaching a thousand per cent. Venezuelan agriculture and industry have been all but destroyed and the country’s oil wealth has been wasted. But to quote Corbyn shortly after Chavez died in 2013: “Chavez showed us that there is a different and a better way of doing things ... It’s called socialism, it’s called social justice and it’s something that Venezuela has made a big step towards.”

Sorry, Jeremy, but a system that starves the population it serves is not one that promotes social justice and the only big step made by Venezuela recently is towards breakdown, mass starvation and a looming revolution.

Exhibit Number Two is Robert Mugabe in Zimbabwe. At independence in 1980, the Tanzanian President, Julius Nyerere told Mugabe “You have inherited a jewel; look after it.” Instead Mugabe squandered it and shamelessly too. Run by a self-described socialist, Mugabe’s regime is a kleptomaniac plutocracy that has mismanaged the country to the point of ruin, produced a hyperinflation of almost 80 billion percent a month by 2008 and destroyed what was left of Zimbabwean civil society. One can add to that enormous human rights abuses and a collapse in public health as the government botched attempts to contain AIDS and other epidemics. Yet the Zimbabwean First Family have accumulated enormous wealth under their dictatorship and Mrs. Mugabe is a notorious shopaholic who is reputed to spend millions on each of her shopping trips.

Example Three is former President Cristina Fernández de Kirchner in Argentina. Argentina was one of the richest countries in the world in the early 20th century. Decades of economic mismanagement have since reduced it to a third world basket case. Ms. Kirchner’s own policies were a disastrous interventionist cocktail that left the Argentinian economy in yet another major crisis as she left office. She was however one of the first world leaders to congratulate Mr. Corbyn on his election as Labour leader. She described his election as a “triumph of hope” and a victory for those “putting politics at the service of people and the economy at the service of the well-being of all citizens”. She is now facing charges of corruption in office.

What do these examples all have in common? They show how to take a prosperous country blessed with abundant resources and reduce it to destitution—and all in the name of the people. In each case, there is also a massive increase in inequality between the very top and the mass of the population below, the key to which is breathtaking corruption made possible by state control. This is how socialism works in practice.

Nor should we forget that hardcore socialism has been tried in the UK too. We had flying pickets, energy cuts and candlelit diners as the Hard Left in the trade union movement took on the ailing Heath government in 1974. The government then called—and lost—a “who runs Britain” election and Labour came to office with a Socialist agenda.

The results? Out-of-control unions, a bloated inefficient public sector and an economic crisis requiring an IMF bailout. This crisis was followed by the winter of discontent, unburied bodies and trash piling up in the streets.

Really. We have seen this movie before. Vote for Corbyn’s Labour and our past will soon become our future.

Kevin Dowd is a Research Fellow at the Independent Institute and co-editor of the Independent book, Money and the Nation State: The Financial Revolution, Government and the World Monetary System (with Richard H. Timberlake, Jr.