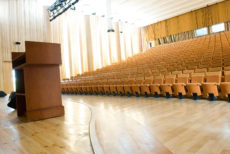 I transferred to the Department of Political Economy at Johns Hopkins University in 1966 to continue my work for the Ph.D. degree, which Hopkins awarded me in 1968. During my two years at Hopkins, I never took a course from Carl Christ, a highly regarded econometrician and macroeconomist there. Yet Carl turned out to have a critical effect on my career as an economist because—strange to say—he was not only a sound economist and econometric pioneer, but a very, very nice guy.

What Carl knew about me as a grad student at Hopkins and what I knew about him as a faculty member, aside from what each of us learned from conversations with colleagues, arose from our participation in the weekly department seminar. Although at the time I did not know the origin of this seminar, which all the grad students and all the faculty members were expected to and did attend, it had been established previously by Fritz Machlup when he was a faculty member at Hopkins. Earlier, in Austria, Machlup had been a participant in the famous seminar run by Ludwig von Mises in Vienna, and after his migration to the USA, he had set up a seminar at Hopkins along the same lines. Because the graduate program at Hopkins was smaller than those of comparably esteemed programs at other top universities—about three dozen grad students altogether and about a dozen faculty members—it was feasible to have a seminar in which everyone could participate and have a fair chance to speak his mind during the two hours we met (or, as we students put it, “until the canary dies”). In the seminar, faculty members were not permitted to speak until the grad students had exhausted their own questions and comments. In the course of years of such weekly seminars, everyone learned a great deal about how each of the others thought and dealt with issues.

When I set about seeking an academic faculty job late in 1967, unbeknownst to me, Carl took it upon himself to write or call economists he knew at a number of top schools. As a result, when the job market got under way in December and reached full swing just after New Year’s, I received many requests for job interviews at the annual meetings of the American Economic Association as well as requests that I come for campus visits to be considered for a job. Invitations I accepted for job visits included those of MIT, Princeton, and Ohio State. I declined others, including that of Carl’s alma mater, the University of Chicago. Before all the departments to which Carl had recommended me could get their recruiting plans in order, however, I accepted an early-bird offer from Douglass C. North to take a position at the University of Washington. In this way, I was able to begin my career installed in a program in the academic big leagues—indeed, Washington at that time had one of the best economic history programs in the world—and for this propitious placement I had Carl Christ to thank. Note that I was not “his student.” I was not writing my dissertation under his direction; he was not a member of my doctoral committee; in fact, as noted, I had not even taken a course from him. Carl was simply a nice guy who voluntarily came to the aid of a very young, very ignorant grad student without even having been asked to do so.

Although Carl was an eminent econometrician, he was not a typical one. He was not simply a mathematician or technician who really had no grasp of economics except as a sort of applied math and stats. He had earned his economics degree at Chicago, and he knew the kind of mainline economics that all economists should know but many do not. In 1990, he wrote an article in which he stated in brief compass what econometricians can and cannot do and what economists in general do know with substantial confidence, despite their lack of understanding of many aspects of economic life—the economy being an extraordinarily complex and highly intractable subject. If only more mainstream economists had taken to heart the views Carl expressed so clearly:

I used to believe that it was possible to build and estimate an econometric model that would represent an invariant law of economic behavior, valid for many places and for long periods of time. I no longer believe this, because I have yet to see an econometric model that continues to describe new data with no change in its parameters. Instead, I believe that economic reality is so complex that the best we can expect of an econometric model is that it may approximately represent the relations among its variables for a limited place and time. Such an approximation may be very useful, and may permit us to make forecasts for short periods into the future. But until we have much more knowledge about human biology and its relation to economic, social, and political behavior I think we will not achieve econometric models that are invariant over wide reaches of space and time.

What then do economists really know? I think we know a great deal. (Remember that this knowledge must be only tentatively accepted.) Most of our knowledge is about equilibrium situations and how they change, rather than about the path followed by the economy on the way to equilibrium. We know some rather simple things that can be stated in nontechnical terms. For example, we know that as incomes rise, a smaller fraction of income is spent for agricultural and extractive products, and a larger fraction for processed goods and for services. We know that increases in a country’s output per person require either more effort per person, more capital per person, or better productive techniques. We know that price ceilings create shortages, and price floors create unsold surpluses. We know that sustained rapid growth in the stock of money is accompanied by rapid inflation and vice versa. We know that government spending must be financed by some combination of taxation, revenue from sales of product, borrowing from private or foreign sources, issuing high powered money, or depleting stocks of government-held assets. We know that excise taxes, tariffs, and quotas reduce economic welfare in the sense that without them the same total resource pool could produce more satisfaction for some people at no cost to others. We know that permitting individuals to own property and engage in transactions with each other freely will benefit the participants and harm no one, provided that everyone is well informed and acts in his own interest, no one has monopoly power, and there are no external diseconomies such as pollution and no external economies such as increases in the value of my neighbor’s real estate if I improve mine. (These are very large provisos, and in some situations they are not even approximately satisfied.) We know that a system of private property and free contract leads to an unequal distribution of income and wealth. We know that social or political attempts to equalize the distribution of income and wealth have perverse incentive effects, so that equalization has a cost in the form of a reduction of total output, and we know a good deal about which kinds of policies are the most perverse in this respect (quotas and price controls) and which are the least perverse (income and inheritance taxes at moderate rates, and good public education and health programs). We know how to look for long term as well as short term effects, and for indirect and well as direct effects. We also know a great many technical theorems that require mathematics to state clearly and to prove. (as quoted here)

Finally, I cannot leave out one thing that especially endeared Carl to me: despite his having worked on the Manhattan Project as a junior physicist during World War II, he was thereafter pretty much a peacenik. Indeed, he decided to switch from physics to economics after the war because he thought economics would be a field of study in which he might contribute something useful for making the world better in a peaceful way. Carl died on April 21. He was 93 years old. Even as an elderly man, however, he had regularly participated in antiwar demonstrations in Baltimore, where he could be seen holding up a sign saying, “War is not the answer.”