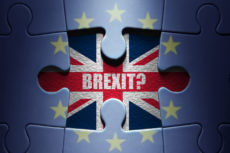 On June 23, 2016, the British people voted to leave the European Union. Prime Minister Theresa May’s Lancaster House speech on January 17, 2017 then made it clear that the United Kingdom would opt for a hard Brexit: It would leave not just the EU, but also the European Economic Area, membership of which means accepting freedom of movement and the vast regulatory apparatus of the Single Market. Then on March 29, the UK invoked Article 50 of the Treaty on European Union, thereby giving formal notice of its intent to leave and triggering a two-year deadline that can be extended only if all parties agree, which is highly unlikely. The UK is therefore likely to leave the EU on March 29, 2019.

One of the most complicated and difficult topics related to Brexit is that of financial services, and in particular, the future of the City of London. To be frank, the relationship between the City and the EU was always a strained one (see, e.g., Congdon, 2014). The City had grown to prominence in an earlier era, when regulation was light and competition prospered. Indeed, competition was the key to the City’s success as a global financial leader. As the EU project developed, however, the City became subject to increasingly onerous EU regulations and especially after the Eurozone was established, these regulations tended to favor the interests of the Eurozone financial sector over those of the UK’s.

So Brexit is not just a golden opportunity for Britain to free itself of the shackles of the EU. It also provides a golden opportunity for the City of London to do the same and re-establish its place as a world financial center, and take the lead in the new digital revolution of blockchain and fintech. Professor David Blake of City University London has written a wonderful report, Brexit and the City, on this subject. I should disclose that David is a close friend and long-standing collaborator, and is also a fellow member of Economists for Free Trade, formerly Economists for Brexit, a group that campaigned for Brexit in the run-up to last year’s referendum. His report nicely complements earlier pieces on the subject by our other EfB/EFT colleagues, which I have listed in the references below.

In this posting, I offer a prècis of David’s report.

To achieve its full potential, the City must address some uncomfortable issues. First, it needs to recognise that its place is to service the real financial needs of businesses and individuals in the UK, Europe, and the rest of the world, and that this is best done outside the EU – which, because of its protectionism, its excessive regulation, and the folly of the euro, is destroying growth and innovation in member states. In order to do this, it needs to deal with the criticism made after the Global Financial Crisis by Lord Adair Turner, then chairman of the Financial Services Authority, namely that many of the City’s activities – in particular those surrounding complex financial instruments – are “socially useless.”

Second, the City must end its constant whining. Instead, it should find a “consistent and forward-looking Brexit strategy” in order to secure a “bold, bright, buccaneering post-Brexit future,” as recommended the Lord Mayor of London, Jeffrey Mountevans, at the City Banquet at Mansion House on October 26, 2016.

Third, it must end its spinelessness and widespread apparent ignorance of the legal situation surrounding Brexit. Much of the City has reacted as a supplicant following the Referendum, fearing that Brexit would see its lunch bowl taken away. However, it is ridiculous in this day and age for anyone to insist that you have to be physically located in a market to do business in it, and especially in a financial market. It is as ridiculous to expect that the City of London will move to Paris or Frankfurt after Brexit as it is to expect the French wine industry or the Greek olive industry will move to the UK after Brexit. You see, there is a reason why these industries are located where they are: It’s called comparative advantage, and that is not going to change.

It should go without saying that leaving the EU will have major implications for the City and these must be addressed carefully. For example, it is unlikely that business with the EU27 – the European Union without the UK – will be conducted via regulatory passports that allow a financial firm registered in one country to operate in others. Instead, and depending on the degree of co-operation offered by the EU27, the City should plan its future operations using either a dual regulatory regime, based on a third-party expanded equivalence model with guarantees about how equivalence will be granted and removed, or the World Financial Centre model whereby the City “goes it alone” (as proposed recently by Barney Reynolds).

Transitional arrangements will also depend on the degree of co-operation from the EU27. It is in everybody’s interests that any transitional arrangements are kept as short-term as possible, no longer than is needed to bridge the gap between the UK’s exit from the EU and the conclusion of a formal long-term trading agreement with the EU. If, as seems possible, the EU is not interested in such an agreement, then the UK should go it alone and as soon as possible.

The City can also help matters by diverting its lobbying efforts from its usual special-interest pleading to more useful ends. It should encourage the government to support the development of legally binding regulatory standards at a global level free from political interference. The aim would be to promote global consistency, cooperation, and even competition between regulatory authorities. The City should also encourage the government to support the overseas expansion of UK financial services in the fastest growing regions of the global economy. Finally, the City should encourage the government to introduce a flexible system of work permits for skilled workers that covers workers who are offered a job in the UK and who are located in any country in the world outside the UK.

The most important task for the government in the negotiations with the EU is to determine whether the EU is willing to co-operate on achieving the best possible outcome for both UK and EU27 citizens. The most important collective task for the City in helping to achieve this outcome is to refuse to move business out of London. Somehow, however, I can’t see much of the City moving into an overregulated Eurozone that is falling apart before our eyes, so I am not going to lose much sleep on that one.

Independent Institute Research Fellow Kevin Dowd teaches economics and finance at Durham University Business School and is the co-editor of Money and the Nation State: The Financial Revolution, Government and the World Monetary System.

Congdon, T. (2014) The City of London in retreat: The EU’s attack on Britain’s most successful industry. The Bruges Group.

Economists for Brexit (2016) A BRIEF ON THE CITY AFTER BREXIT: Written Submission to House of Commons International Trade Committee, December 2nd.

Flight, H. (2016) Lord Flight: The potential cost to the City of the loss of Passporting has been deliberately exaggerated by diehard Remainers, BrexitCentral, November 2nd.

Reynolds, B. (2016) A Blueprint for Brexit: The Future of Global Financial Services and Markets in the UK, Politeia.

Reynolds, B. (2016) Continuity for the City after Brexit, Lawyers for Britain.