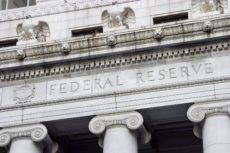 The Federal Reserve has an inflation target of 2% per year. That target appears to be a minimum: They are concerned when inflation falls below their target but appear to be content with inflation above 2%. The current inflation rate from March 2016 to March 2017, measured by the Consumer Price Index, is 2.4%.

Prices provide information about the cost of bringing goods and services to market. Viewed in that way, a price increase should indicate that a good or service is more expensive to produce, and a price decrease should indicate it is less expensive to produce. Deviations from this function lower the informational value of prices and make economic calculation more difficult.

Because advances in technology generally make goods and services less expensive to produce, prices should generally be falling to reflect the falling real cost of production. Even a stable price level is somewhat misleading when productivity increases lower the cost of producing goods and services. Increased productivity would result in falling prices, were it not for the fact that the value of money is falling faster.

Despite arguments about the perils of deflation, the United States had a long-term decline in prices from 1865 until the Federal Reserve was established in 1913, at a time in which the industrializing economy was growing more rapidly than it ever had before. As to the argument that people will wait to purchase goods when they anticipate falling prices, computer prices have been falling for half a century, along with the prices of other high-tech goods, and those markets have seen rapid growth.

Deflation is not bad for the economy, and deflation that represents increases in productivity produces prices that give a more accurate representation of real cost of goods and services. There is no good reason for the Fed to deliberately try to create inflation.

If the Fed just met its target of 2% inflation, prices would double in 36 years. The current inflation rate of 2.4% would lead to a doubling of prices in 30 years, and the Fed does not appear unhappy with the current rate of inflation.

I find it baffling that the Fed is fixated on continual inflation rather than price level stability. A gradual deflation to reflect productivity increases would make prices more closely correspond to the real cost of producing goods and services.