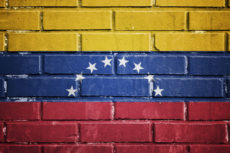 The decision by Venezuela’s Supreme Court, a political poodle of President Nicolás Maduro, to take over the powers of the opposition-controlled National Assembly, has sparked off massive demonstrations that the government’s vicious repression has been unable to stop. Although the decision was reversed a day later, the spirit of rebellion has proven resilient. Three young demonstrators have been killed and hundreds are injured.

Maduro has ordered the use of helicopters to spread tear gas and other substances on protestors (a hospital was targeted in one incident), and stationed snipers in various buildings from which shots have been fired at opposition rallies. This level of repression by the National Guard, the political police, and the so-called “collectives” (groups of armed Chavista thugs reminiscent of Brown Shirts who roam the streets beating up dissenters) has not been seen since 2014, when some of the opposition leaders were incarcerated and dozens of students killed.

Maduro thought he had managed to survive an attempt to force a recall referendum at the end of last year, when he called a “dialogue” aimed at disarming his adversaries and gaining time. He had the invaluable help of three former Spanish and Latin American presidents, and, briefly but ambiguously, the Vatican. When the dialogue proved to be a joke, the Secretary General of the Organization of American States, Luis Almagro, began an effort to expose the farcical nature of the process and the true measure of the Venezuelan dictatorship. He invoked, once again, the Inter-American Democratic Charter, which opens the door, under certain conditions, to the suspension of a country from membership of the hemispheric body.

His was not an isolated voice. Several countries in the Americas have spoken out about the Venezuelan government’s efforts to turn the country into a second Cuba as well as about the acute shortages of food and medicine that have given rise to a virtual humanitarian crisis. Brazil, Argentina and Peru, which were run until not long ago by presidents sympathetic to Maduro, are now led by two open critics of his regime.

This threatening international scenario was starting to have domestic repercussions in Caracas when Maduro decided to respond by ordering the Supreme Court to take over the powers of the National Assembly. The fatal move triggered what we are now witnessing—and the brutal response.

If the monolithic unity that Maduro’s regime has by and large maintained until now continues, we will see even more horrific violence. The man is hell-bent on remaining in power. However, it is by no means guaranteed that he will maintain that unity. There have been sporadic symptoms of dissent among Chavistas. One of them came from the attorney general, Luis Ortega, who chastised the Supreme Court for staging a coup against the National Assembly.

One major factor in all of this will be the unity of the opposition itself. After the decision by some opposition leaders to participate in the government-sponsored dialogue opened cracks between government critics, it looked as if it would take a long time to cure the wounds. Some polls indicated the people were losing faith in the opposition altogether (not surprising, given that three-quarters of them are telling pollsters they want Maduro to go). The government’s faux pas, however, has accelerated the healing process and the opposition is re-united in the streets, shoulder to shoulder with Venezuelans desperate to force Maduro’s fall.

We don’t know if they will succeed. But what they are seeking is the only solution to a crisis that has lasted too long.

Alvaro Vargas Llosa is Senior Fellow at Independent Institute and the author of Global Crossings: Immigration, Civilization, and America and Liberty for Latin America: How to Undo Five Hundred Years of State Oppression.