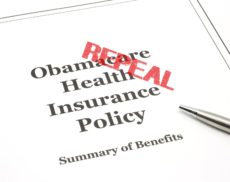 In his first joint address to Congress, President Trump promoted the idea of a tax credit to support people’s purchase of health insurance. This is in line with the approach taken by Health and Human Services Secretary Tom Price, when he was in Congress, and by the House Republican leadership.

Some self-styled conservatives, however, oppose a refundable tax credit because it would cost taxpayers a lot of money. That which we currently understand to be the Republican replacement bill would offer a tax credit to individuals based on age but not on income, if they do not get employer-based health benefits.

No, it would not be.

I have long supported a tax credit that everyone, even Warren Buffett or Bill Gates, could claim. This universal tax credit, however, would be “paid for” by eliminating the exclusion of employer-based benefits from workers’ taxable income and Medicaid, the joint state-federal welfare program.

Unfortunately, the business community resists any change to the former and Republican politicians seem incapable of considering Medicaid outside its current budget silo. (The proposal to change federal Medicaid financing in to a block grant or per capita grant comes close. To eliminate Medicaid as we know it, Republican politicians just need to understand that tax credits owed to individuals who do not claim them would be transferred to their states of residence to fund the safety net.)

So, a means-tested tax credit may be the best reform we get. Is it Obamacare-Lite? Not really, especially if the tax credit were phased out at a flat rate. I previously estimated that a claw-back of 13.5 percent, within the same income bands that Obamacare offers tax credits, would be budget neutral relative to the status quo.

This would eliminate Obamacare’s significant marginal income-tax “cliffs” within those age bands, which limit work incentives. It would be a significant improvement to Obamacare.