Why Do Late Middle-Aged Women Allow Obamacare to Gouge Them? 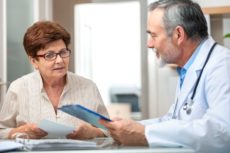 In February, Professor Mark Pauly of the Wharton Business School wrote a short article proposing reforms to individual health insurance, in which he reminded us the biggest premium hike in the market for individual insurance consequent to Obamacare was among women in their 60s. His actual research was published in 2014, but I have wondered about it ever since.

Obamacare prevents insurers from charging premiums for 64-year olds that are more than three times those charged to 18-year olds. (A multiple of about five would be fairer, according to actuaries’ consensus.) Intuition tells us that should reduce premiums for older people. That intuition is wrong. Nevertheless, if politicians can convince people it is true, it makes political sense to impose the rule, because older people are much more likely to vote than younger people.

However, Obamacare also prevents insurers from charging different premiums to men and women of the same age. Pro-Obamacare politicians have a provocative slogan: “Being a woman should not be a pre-existing condition.”

Because Obamacare mandates maternity benefits, women of childbearing age cost a lot more than men. So the rule hikes young men’s premiums. Because men in late middle age have “bad habits” (according to Pauly), their health care costs more than older women’s health care does. So, it hikes those women’s premiums.

Politically, this is hard to figure out. Pre-election polling indicated 69 percent of women aged 18 to 34 supported Hillary Clinton, but only 60 percent of women aged 50 to 64 did. That alone suggests Democratic (therefore pro-Obamacare) politicians would seek younger women’s support by imposing a rule that favors them but punishes older women.

But does this overwhelm voter turnout? In the 2012 election, only 44.5 percent of women aged 18 to 24 voted, while 69.5 percent of those aged 45 to 64 voted. So, in raw numbers, there are surely more late middle-aged women who vote Democrat than young women.

Perhaps this mystery is explained by the fact each (heterosexual) married household forms a single economic unit, so is indifferent to the rule. (If the household is young, the wife gets a discount and the husband a premium; whereas if the household is old it is the other way around. Nevertheless, the total premium should be unaffected by the rule.)

According to an analysis of census data by statistician Nathan Yau, only about one-third of women in their mid-20s are married. By their mid-30s, this peaks at about 60 percent, which gently declines until the women start becoming widows in their late 60s (by which time they are on Medicare).

So, by virtue of marriage, a smaller share of late middle-aged women would recognize this rule as a tax on their age and sex. Too bad: It would be interesting to watch Nancy Pelosi and Hillary Clinton answer them for it.