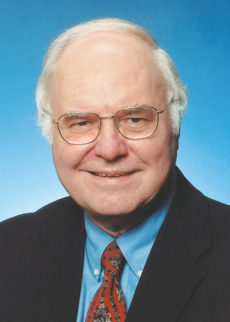 Our very dear friend and Founding Member of the Board of Advisors of the Independent Institute, Michael Novak, passed away at the age of 83, on February 17th. A man of immense generosity, integrity, joyfulness, and good will, Michael was one of the most important scholars, theologians, prolific authors, and public intellectuals of the post-World War II period. As a brilliant Catholic writer with a far-reaching, ecumenical influence across both religious and secular worlds, he championed the ideas and institutions of individual liberty, personal responsibility, free markets, civic virtue, religious freedom, private charity, entrepreneurship, family and community, and the rule of law, showing their roots in Judeo-Christian teachings. In the process, he thoroughly critiqued the tyranny and horrors of communism and fascism and the disasters of socialism/statism in creating massive poverty, environmental ruin, human depravity, and spiritual hopelessness.

The author of more than 50 books, including his pioneering volume, The Spirit of Democratic Capitalism (1982), he was the 1994 Templeton Prize Laureate for Progress in Religion. His books have been translated into most all major Western languages, plus Chinese, Korean, Japanese, and Bengali.

He was Distinguished Visiting Fellow in the Arthur and Carlyse Ciocca Center for Principled Entrepreneurship in the Tim and Steph Busch School of Business and Economics at Catholic University of America, and he formerly served as the George Frederick Jewett Chair in Religion and Public Policy at the American Enterprise Institute and Ambassador to the U.N. Commission on Human Rights. During his career, he further taught at Harvard, Stanford, SUNY Old Westbury, Syracuse, Notre Dame, and Ave Maria universities, and he was the recipient of 27 honorary degrees.

My wife Mary and I have treasured memories of being with him in Rome, for example, while attending a private Pontifical Council for the Family conference. As many attest, Michael was extraordinarily good company, and we shared great joy touring local sights and a memorable evening of laughter and dining together in the legendary restaurant, La Cisterna (founded in 1630), where he delighted in taking us to the underground to see its namesake well. The conference also included Nobel Laureate economist Gary Becker, Marian Krzaklewski (Chairman, Solidarity), Cardinal Alfonso López Trujillo, columnist George F. Will, John Klink (President, International Catholic Migration Commission), historian Leonard Liggio, columnist Michael J. Gerson, economist John C. Goodman, Bishop William Francis Murphy, historian Allan C. Carlson, columnist William A. McGurn, and others, and was an unforgettable few days of exploring profound ideas around the relation of the state vs. the family. We were further privileged to be with Michael for a private audience with Pope John Paul II.

His work on the spiritual basis for the morality of capitalism had a profound influence on the economic thinking of Ronald Reagan and Margaret Thatcher as well as academics, business and civic leaders, policymakers, religious leaders, journalists, and people of good will worldwide.

Every conversation with Michael was a delight—one could hear the veritable twinkle in his voice. In this regard, he and I shared a special admiration for and inspiration from the work of C. S. Lewis, G. K. Chesterton, and J. R. R. Tolkien, as well as Thomas Aquinas, Alexis de Tocqueville, Lord Acton, F. A. Hayek, and other writers.

We were most recently blessed by conversations and working with Michael as he graciously provided the foreword to the Independent Institute’s forthcoming book, Pope Francis and the Caring Society, especially as this contribution was completed during his final illness and may well be the last product of his truly seminal career.