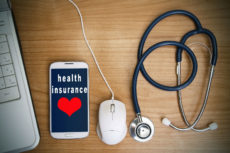 Obamacare’s most popular provision is its prohibition against health insurers charging higher premiums for pre-existing conditions. It is so popular that Republican politicians have promised to keep it! (Or, at least bring it back once they repeal and replace Obamacare.)

Scholars at the Kaiser Family Foundation have estimated that 27 percent of American adults had pre-existing conditions that would have made them uninsurable in the individual market pre-Obamacare. Of course, nowhere near that many adults were in that situation.

Most of us get coverage in the employer-based market, in which we are protected from underwriting as long as we stay employed and move from one employer to another without a gap in coverage. (The law regulating this is called HIPAA.) However, protection this is not free: Although most Americans do not think of it this way, the trade-off is that you must allow a corporate bureaucrat in your employer’s HR department choose your health insurance.

In the individual market, there was no such protection if you switched carriers. Betsy McCaughey, former lieutenant-governor of New York, estimates that maybe 500,000 people would be uninsurable due to pre-existing conditions if Obamacare were repealed. Before Obamacare, people who could not pass underwriting were covered by high-risk pools, which enrolled 226,000. However, there were waiting lists for these high-risk pools, such that when the Affordable Care Act established a temporary high-risk pool before Obamacare plans were available in 2014, it enrolled another 135,000.

...the cost of caring for just 500 chronically ill patients was making premiums unaffordable for all 23,000 Alaskans enrolled in the state’s ACA plans. As healthy people refused to enroll, too few were left to shoulder the burden of the seriously ill. That threatened to push up premiums 40 percent for 2017.

To halt Alaska’s insurance death spiral, state authorities agreed to pay for the care of the highest cost patients. In effect, Alaska created a separate high-risk pool for the sickest.

The cost of caring for people in this pool—a staggering $55 million—would be shared by all Alaska taxpayers, instead of being thrust on the small number of people using the individual insurance market. As a result, premiums will only rise seven percent for 2017.

I suppose if we have to socialize the costs of health care, we might as well socialize them properly. So, within the margins of Obamacare, the Alaska reform makes sense to me. It also shows states are the best jurisdictions for society to resolve this somewhat intractable issue.