Senator Sanders, There Is No Right to Health Care in Canada 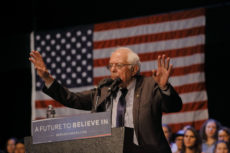 On Wednesday, I watched the Senate’s Health, Education, Labor, & Pensions (HELP) Committee’s courtesy hearing for Representative Tom Price, MD, whom President-elect Trump has nominated to be the next United States Secretary of Health & Human Services. As a game of “gotcha,” the hearing played out predictably.

However, Senator Bernie Sanders (I-VT) stood out for asking a pointless “question” (actually a statement), which was conspicuous because it was based on an error. As he has done many times, Senator Sanders made the false claim that health care is a right in Canada and other countries outside the United States. According to Mr. Sanders, this is a unique stain on the United States.

With respect to Canada, it is simply and plainly not true that health care is a “right.” By “not true” I do not refer to the fact that an American standard of health care is not available to ordinary Canadians (due to long waiting times), but that those who enforce Canada’s single-payer system have insisted in court no such right exists.

The claim was made in the Supreme Court of British Columbia in February 2009, in the case known as Cambie Surgical Center et al. v. Medical Services Commission et al. Cambie Surgical Center offered orthopedic surgery outside the single-payer system for private payment. The Medical Services Commission is the agency which operates the provincial single-payer system.

Contrary to Senator Sanders’ claim, it was the private clinic which asserted a legal claim that its patients had a right to pay for surgery. It was the government agency which denied it. Don’t believe me. Read it on page 5 of the agency’s statement to the court: “there is no freestanding constitutional right to health care.”