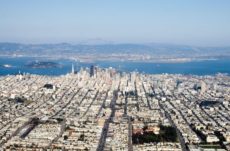 Many Americans (and others) obviously fear corporations more than they fear governments. Indeed, they look to governments to “save” them from grave harm at the hands of vicious corporations and to punish corporations for their evil, destructive actions. On such a mindset a large part of modern Progressivism and other leftist ideologies rests.

R. J. Rummel’s compilations show that approximately 262 million persons were deliberately killed by “their own” governments during the twentieth century alone—many times the number of death’s in that century’s international wars. Rummel calls this death toll “democide.”

It would be an interesting exercise for someone to compile the data for “corporacide,” the number of people deliberately killed by corporations in the same period, the time during which such business organizations were, so to speak, riding highest.

Aside from the fact that corporacide would be found, I am confident, to be close to zero—after all, as a rule, killing people is bad for business—one might call attention to the fact that corporations and other, similar business firms have been responsible for generating the bulk of the wealth that has lifted most of the world’s people out of poverty during the past century or so and for making a substantial portion of the world’s population affluent.

The combination “hate corporations/love governments” has to be one of the most bizarre ideological monstrosities of the past 150 years. It seems that people in general are utterly incapable of recognizing real threats and distinguishing them from threats that are inconsequential by comparison or actually not threats at all. Ideology’s power to blind people and twist their understanding is truly astonishing.