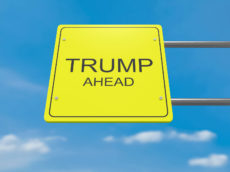 Establishment Republicans have been beating their breasts over Trump’s election no less than Hillary’s supporters, bewildered that a man so beyond the pale could have been the Republican nominee, much less President-elect.

Chief among their theories is that a stronger national committee mechanism to identify and back their favored (read: establishment-representative) candidate for the nomination early on would have prevented this. Clearly, so this theory goes, the splintering made possible by the free-for-all of self-selected primary candidates provided the opening for Trump to undermine the orderly process, and the solution is to bring the process back under the control of a strong central committee.

Yet an honest assessment shows that it was precisely this strategy that cost the Democrats the 2016 election, and the Republicans those of 2008 and 2012.

Americans have arguably been thwarted in their efforts to elect an outsider to the White House since their disillusionment with eight years of establishment rule under George W. Bush. Millions latched on to the unknown who had painted a picture of hope and unity as the Democratic National Convention keynote speaker in 2004. Although an Ivy League graduate and freshman Senator, a black man named Barack Obama could not by anyone’s definition be labeled “insider.”

On the Republican side, young people especially were drawn to the campaign of the critic-in-chief of the Washington status quo, Ron Paul.

Both unconventional outsiders, Obama and Paul promised to halt endless foreign wars and domestic assault on civil liberties. Both promised to do away with the revolving door of cronyism that favored insider elites over the common man.

Obama was quickly able to swamp the campaign of the presumed heiress-apparent and ultimate insider, Hillary Clinton, to win the Democratic nomination. And he went on to win the election with his outsider’s message of bringing Hope and Change to Washington.

Unfortunately, once in office, the outsider Obama quickly adapted to Washington’s workings, and the change Americans hoped for failed to materialize. By late 2011, Obama’s job approval ratings had fallen below 50%, and two-thirds of voters thought America was on the “wrong track.”

Despite this, no Democrat, of course, could challenge the incumbent, and in the run-up to the 2012 election, perennial outsider Ron Paul again captured the popular imagination of millions of young people. But as they had in 2008, the establishment Republican Party, aided and abetted by mainstream media that refused to acknowledge him as a viable candidate (perhaps most famously satirized by Jon Stewart’s likening him to a hotel’s “13th floor”), quickly froze him out of the running.

The Republican Party instead nominated solidly establishment candidates in both 2008 and 2012. Especially in 2012, the strategy ensured their snatching defeat from the jaws of victory, even as Republicans kept Congress and won a greater majority in 2014.

In the run-up to the 2016 election, the Republican Party, despite its best efforts, completely lost control of the primary and nomination process. By dint of a larger-than-life persona and media attention meant to ridicule and destroy that instead provided him the biggest soapbox ever, Trump was able, at last, to provide the people a candidate they wanted: a real, honest-to-goodness outsider, shunned and derided by the elite establishment they blamed for their ills.

Meanwhile, Bernie Sanders’ candidacy provided similar promise to Democrats and others seeking the same. But as since revealed in complete detail, the powerful DNC machinery thoroughly ensured that the anointing of Hillary, the ultimate status quo-protecting insider, would move forward without disruption.

Whether or not Donald Trump similarly falls prey to “Potomac fever” and becomes a Washington insider, rather than looking to misperceived “glory days” of machine politics, those hoping for better candidates from which to choose in the future might better seek a system that provides an honest forum, on a level playing field, for voters to assess candidates. Let’s give up covering politics as entertainment, and instead devise a system more akin to how we make other selections important to us, such as who we hire, date, or marry.

Who knows, maybe a variation of LinkedIn or OkCupid would better provide Americans a competitive marketplace of ideas, where side-by-side comparisons could be made of Candidate A’s credentials and proposals vs. Candidate B through Z’s. Any aspiring Developers willing to take it on?