Another Shooting in a “Gun Free” Zone 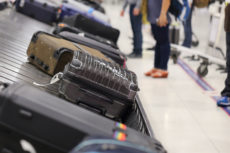 The tragic shooting at the Fort Lauderdale airport on January 6 occurred in a “gun-free” zone. Florida is one of six states that make it illegal for individuals—even those who have concealed carry permits—to carry guns in any part of an airport terminal.

The killer’s motive is at this point undetermined, but he did fly to the Fort Lauderdale airport with his gun legally checked in his luggage, and after arriving took it out to shoot people in the terminal. Some people speculate that shooters deliberately choose “gun-free” zones for their attacks to minimize the probability that their attacks will be interrupted by legally armed citizens. Would this shooting have happened had the baggage claim area in the Fort Lauderdale airport not been a “gun-free” zone?

This is a policy-relevant question because prior to the shooting, Florida State Senator Greg Steube introduced SB 140, legislation that would allow concealed weapon permit holders to carry firearms in airport terminals, college campuses, and other places that the state now declares “gun-free.”

As Second Amendment advocates often say, declaring a place to be “gun-free” only keeps law-abiding people from carrying guns there. Someone who wants to engage in a mass shooting surely will not be deterred by a location being designated “gun-free,” and might be encouraged because it lessens the probability of armed opposition.

I’m not opposed to gun-free zones, but the only way it makes sense is to actually check to make sure people are not carrying guns. If people have to walk through a metal detector, have the contents of packages checked, etc., then there is some assurance the area really is gun-free. If anybody can just walk in, designating an area “gun-free” makes it slightly more dangerous for everyone.

When events like this happen, questionably effective security measures are often put into place in response. We have to take off our shoes, and are limited in our carrying “liquids, aerosols, and gels,” because of policy responses to specific past events.

As to policy relevance, the shooting may have a bearing on Senator Steube’s bill to allow people with concealed carry permits to be armed in airport baggage areas and other “gun-free” zones. The Florida legislature will be taking up the issue in the next few months. What do you think? Should Florida remove the “gun-free” designation from airport terminals? (Areas past the TSA checkpoints would, of course, remain gun-free.)

I’m not trying to convince readers of anything because people on both sides have strong opinions, and I don’t think I could change any minds in a blog post. In the context of this recent shooting, I am saying that the shooter did not need to fly his gun in to commit his crime. Anyone can bring a gun into baggage claim because nobody checks to see who’s armed, although Florida is one of the few states in which it is illegal to do so.

Should the Florida legislature pass SB 140 and allow concealed carry permit holders to bring firearms into airport terminals? Nobody is stopping them or checking now, even though it is against the law. In light of Florida SB 140, this is not a hypothetical question.