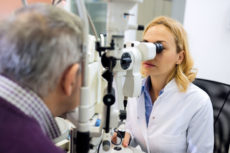 If your Christmas dinner table had a cross-border contingent, different national characteristics almost certainly came up for discussion. I enjoyed Christmas in Naples, Florida, with a mixed group of Americans and Canadians. One couple consisted of a Canadian husband and an American wife. She insisted Canada’s single-payer health system was superior in every way (despite the couple’s living in Florida, not Canada).

I had sailed with her husband the day before, and he had invited me to play tennis and golf, too. I was exhausted. How did he have so much energy? “Ever since I was five years old, I was blind as a bat, wearing Coke-bottle thick glasses,” he told me. “I could never play any sports. About seven years ago I had surgery to replace my lenses, and since then I play every sport I can. It has been a liberation.”

Because my friend had the surgery in Toronto, this encouraged his wife to resume her praise of single-payer health care. The surgery happened before they had met, so he had to correct her: “No, I paid about $1,000 per eye.”

This clarification deflated his wife, who announced she had paid about the same for lens surgery at about the same time, but in Florida! Everybody at the table thought the price was worth it. When asked for my opinion, all I could say was: “We all agree a thousand bucks an eye is a fair price for such a miracle. It appears markets work for health care, whether in Canada or the United States. Can you imagine how much more accessible all health services would be if we allowed them to be available through markets, too?”