William Easterly and the Pitfalls of Foreign Intervention 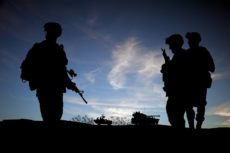 In one of my recent blog posts, I discussed the work of NYU economist William Easterly. In particular, I noted how his work on the pitfalls of modern economic development planning bear a striking resemblance to the work and ideas of F. A. Hayek and James M. Buchanan.

Easterly makes a distinction between “planners” versus “searchers” in development activities. According to Easterly, a “planner” is someone who “thinks he already knows the answers.” A “searcher,” meanwhile, is someone who “admits he doesn’t know the answers in advance; he believes that poverty is a complicated triangle of political, social, historical, institutional and technological factors” (page 6 of The White Man’s Burden). For Easterly, the world of development is full of planners. I contend this argumentation relates directly to F. A. Hayek’s discussion of top-down economic planning. Just as central planners cannot possess the knowledge necessary to plan economy, development planners face similar knowledge problems.

Easterly also argues that the world of development planning is plagued with incentive problems. The incentives faced by recipient governments, various government and non-government organizations, etc. often lead to perverse outcomes. This line of thinking draws heavily on the ideas of James Buchanan and the larger body of work on public choice economics.

I’m appreciative of Easterly’s work more than I can say. Without a doubt, it has had a profound influence on my work as an economist from my days as an undergraduate to the present. I have drawn on his work both in my research and for use in the classroom.

As I mentioned in my previous post, I recently had the chance to write a commentary on Easterly’s work for the Institute of Economic Affairs. In the piece, I argue that Easterly’s work is not only related to that of Hayek and Buchanan, but has applicability outside of the realm of development economics. In particular, the criticisms Easterly levies at development planners can also be used to discuss problems with foreign intervention. In White Man’s Burden (page 311), Easterly says that,

The U.S. government justifies its military interventions to promote development as part of the “war on terror,” “nation-building,” or “regime change.”

Military intervention is too perfect an example of...[what] you should not do...The military is even more insulated from the interests of the poor than aid agencies are.

The consequences of these actions are not trivial. For example, when arming the “freedom fighters” in Afghanistan during the Soviet occupation, no one could foresee that those same people would form the Taliban. When the Obama administration successfully killed Libyan dictator Muammar Gaddafi, victory celebrations quickly turned into panic when the resulting power vacuum caused the country to descend into civil war and led to major regional instability. (See also U.S. interventions in Somalia, Iraq, and elsewhere for lots of other examples.)

The incentive problems laid out by Easterly and Buchanan are also present in foreign intervention. In our work on drones, my coauthor Chris Coyne and I find that the incentives facing policymakers has led to a rapid expansion in the use of the technology in U.S. foreign policy despite data suggesting that drones fail to achieve many foreign policy objectives. We’ve made similar arguments about the U.S. weapons trade and U.S. drug policies in Afghanistan.

I find even those who are usually critical of government activity tend to put on blinders when it comes to economic development programs and foreign intervention more generally. Those who think the government should get out of education, healthcare, and other industries seem to confer magical powers to government agents when it comes to meddling beyond U.S. borders.

If anything, we should be more skeptical of foreign intervention. Domestic programs should be relatively easier. Lawmakers should have more knowledge and (perhaps) face better incentives. Yet, we see that time and again these programs fail to achieve their goals. It follows that programs abroad, in which more people, more actors, and more variables are added would be all the more complicated to devise and implement successfully.

I hope that as people continue to read Easterly’s work, they will find their way to Hayek and Buchanan. I also hope that, as people explore the critiques of these thinkers, they will begin to apply these criticisms, rightly, to other areas.