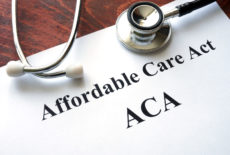 Last Wednesday, the Trump transition team disclosed the remarkable news that Ezekiel Emanuel, MD, an architect of Obamacare, was Mr. Trump’s first official guest of the morning. The spokesman demurred with respect to the details of the conversation, but I can guess: Dr. Emanuel was urging Mr. Trump to remain in office only one term, in accordance with Dr. Emanuel’s principle that people should be cut off at age 75.

Dr. Emanuel proclaimed this doctrine in The Atlantic in October 2014. Mr. Trump will turn 75 in June 2021, only half a year after beginning his second term (if elected again). So, surely Dr. Emanuel was just asking Mr. Trump to do himself and everyone a favor by not wasting everyone’s time taking a second run at the presidency.

But seriously, it is not a bad idea for the president-elect to meet with Dr. Emanuel. As I have previously noted, Dr. Emanuel threw in the towel on Obamacare in September 2014. Most of those associated with the law have not been so forthright in admitting it did not achieve its goals.

What was especially interesting about Dr. Emanuel’s change of heart was his insistence that the federal government could not force change on the health system. Instead, he now encourages policies which allow states to innovate. That has long been a Republican principle.