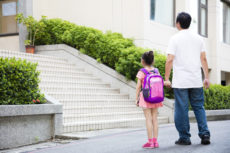 By the year 2000, American “students must be first in the world in math and science achievement.” That’s what President George H. W. Bush insisted in his 1990 State of the Union address.

That’s the good news. By the time American students approach the end of high school, they rank in the lower half of developed countries.

Results from the Program for International Student Assessment (PISA) indicate that the average reading and science performance of American 15-year-olds is essentially flat compared to 2012, and that math performance has declined (pp. 15, 17, 20, 23, and 26).

This performance is not because the U.S. has more socio-economically disadvantaged students. Nor is it because the U.S. doesn’t spend enough. Currently we spend over $15,000 per pupil—more than every developed country except Luxembourg and Switzerland.

For all the promises made by elected officials over the past several decades, not to mention all their costly federal programs, plans, and spending, American students still perform toward the bottom of the pack internationally. In 2015, compared to 35 developed countries, the U.S. ranked 19th in science, 20th in reading, and 31st in math (p. 18).

To be sure, there is no silver bullet when it comes to improving academic achievement for all American students. But one thing is clear: Washington, DC, does not know best when it comes to educating other people’s children.

Federal funding for K-12 education alone has increased by more than $17 billion since 2000 in real, inflation-adjusted dollars, and now stands at nearly $78 billion annually. Yet we have little to show for in terms of improved academic performance relative to our peers.

A growing body of evidence suggests that schools improve when they compete for students and their associated funding. If we’re serious about competing globally when it comes to academic performance, then we need to replace our top-down, one-size-fits all system with universal parental choice in education.

Vicki E. Alger is a Research Fellow at the Independent Institute and Senior Fellow and Director of the Women for School Choice Project at the Independent Women’s Forum. She is the author of the Independent book, Failure: The Federal Misedukation of America’s Children.
Beacon Posts by Vicki E. Alger | Full Biography and Publications
Comments
Before posting, please read our Comment Policy.
© 2023 INDEPENDENT INSTITUTE, 100 SWAN WAY, OAKLAND CA 94621-1428 | (510) 632-1366 | (510) 568-6040 FAX | SEND EMAIL