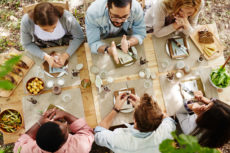 I frequently teach economics principles courses, offering many college students their first exposure to the subject. While we cover all the basics—supply and demand, elasticity (consumer and producer sensitivity to price changes), taxation, trade, and externalities—I’m under no illusion that most of them will remember a lot of the material come a year from now, much less longer.

But there is one thing I hope all my students remember forever—the role of prices and private property. In particular, I want them to remember how these mechanisms are vital for a free and prosperous society. I make it clear to them that I think this material is of the utmost importance. In fact, prior to beginning our discussion of prices, I tell them I will be thrilled if the price system is one thing they remember from the class fifteen years from now.

Prices and private property rights are fundamentally important. Failure to grasp how these forces work leads to positively detrimental outcomes.

A recent example of what happens when one fails to understand these core economic principles occurred in Grand Rapids, Michigan. The Garden Diner and Café, formerly known as the Butchertown Diner, announced it would close its doors at the end of last month despite a pleasing menu and offering hip vegan food options.

In addition to the food, the diner’s business model received a great deal of attention. While some politely say the diner’s means of operation were “progressive,” at least one media outlet referred to the establishment as “Marxist Vegan.”

Several years ago the restaurant’s founder, Ryan Cappelletti, told a local news outlet why he had chosen a communist-inspired business model for the restaurant:

“Because of our economy, people are working 12-to-15 hour shifts, servers take home $200 to $300 a night in tips, the cooks are making $10 an hour and the owner takes whatever he takes. We’re going to have equal pay and equal say across the board. Everyone working together.”

The restaurant had no bosses, and decisions were made collectively by the staff. The workers decided when to open and close, leading to highly irregular hours. Customers might come to the establishment to eat only to find it closed. All workers were paid a “living wage,” meaning relatively unskilled workers would earn just as much as workers with more skills. Moreover, customers were not allowed to tip–meaning there was really no way for workers to be rewarded for exceptional service or work. Not surprisingly, this meant the restaurant experienced higher costs and lower revenues. Patrons often complained not just about the hours, but of the sometimes40 minute wait to receive a sandwich.

To add to the ambience and the “collective” spirit of the business, Cappelletti had a mural of Che Guevara, Mao Zedong, and other famous communist leaders “tackling restaurant duties.”

Now putting a portrait of the man (Zedong) responsible for a famine that killed tens of millions of people in a restaurant reflects either a really dark sense of humor or complete ignorance of history and economics. Given the aforementioned business model of the diner—I’m going with the latter.

What the creators of the diner (and the communist leaders on their walls) failed to recognize is that private property rights, prices, profit and loss are fundamental to bringing producers and consumers together, giving consumers what they want, and increasing wealth and prosperity.

First, consider the prime importance of private property rights. Having a private property right means that an individual has exclusive rights to use a particular asset. He doesn’t have to worry about someone else using his assets without his permission. As a result, the owner internalizes whatever action he takes with regard to his property. If a man takes good care of his business and provides a product or service consumers like, for example, he benefits in several ways. First, his customers reward him with their business and he likely earns a profit. Second, when it comes time to sell, the owner will be again rewarded for his hard work in building and maintaining a profitable enterprise. If, by contrast, he allows his business costs to skyrocket, hires incompetent workers, and produces a subpar product, he will face the negative consequences of his actions. He may earn negative profits or even have to shut down. If he were to sell the venture, he’d fetch a much lower price.

Having something that’s “owned collectively” fails to establish the same incentives because no one has the exclusive rights to the property. The owner of a business incurs the wrath of failing to satisfy customers by way of his bottom line. Rightly, he will do what he can to satisfy customers and increase his profit and help himself. So while a sole proprietor with his “skin in the game” knows what’s on the line should his business fail, the workers at the diner stood to lose comparatively less should the operation fold. They didn’t face the same incentives.

Second, it’s important to understand the role of prices. Economists Tyler Cowen and Alex Tabarrok describe a price as a “signal wrapped in an incentive.” This is perhaps best explained with an example.

The increase in the number of sandwiches being produced in turn pushes the price back down and more consumers will have sandwiches! It’s actually pretty incredible.

When price signals are disturbed, it leads to poor outcomes. Rent controls and the minimum wage are textbook examples of what happens with prices are controlled artificially. Rent controls lead to housing shortages and black markets in real estate. Minimum wages lead to unemployment among the least skilled workers.

The diner largely ignored these signals and ultimately learned that, sooner or later, market forces will find you. That’s the thing about those pesky prices and profit and loss signals. While they never fail to reward you for producing something that provides value to your fellow man, they’re quick to slap you square in the face with your failures.

While my students may not remember a lot of what we covered in class, I hope this is a lesson they’ve truly taken to heart. They might not be economists in the end, but they won’t be foolish enough to open a “collective” diner with murderous tyrants painted on the walls.