Ben Carson and the Future of Cities 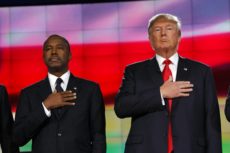 President-elect Donald Trump has tapped neurosurgeon Ben Carson to head the U.S. Department of Housing and Urban Development (HUD). While pundits are focused on their primary feuds, a more important question is whether HUD’s mission will change under Carson’s tenure.

On the surface, Carson’s appointment might seem to be a simple patronage job, a reward for his loyalty to the Trump candidacy. Carson’s only urban policy experience appears to be a passion for urban areas, particularly low-income minority communities, and his life experience growing up in Detroit.

Yet, HUD is a federal agency where a personal philosophy and approach to public policy can make a difference in agency priorities. Carson has the potential to reshape urban policy in several important ways even without deep knowledge or significant policy background.

I started working on urban development policy in the 1980s, during the Reagan era, and I cut my proverbial teeth as a researcher evaluating the impact of enterprise zones. I continue to teach state and local economic development with an emphasis on urban policy. So, here are a few early thoughts on what a Carson HUD might look like.

Carson’s first years as HUD secretary will be spent just trying to figure out how this sprawling agency works. The agency administers a budget of nearly $50 billion. Nineteen public-housing programs alone focus on low-income citizens and residents. Another 16 focus just on single-family housing, with programs ranging from income assistance to improving energy efficiency. Carson is unlikely to gut most of these programs. Most will continue without much fundamental change as he and his staff put their time into evaluating them and directing existing resources to reflect a new emphasis on programs that serve individuals over places. Structural change is likely to be left to a second term, if there is one.

Nevertheless, urban policy is likely to experience a dramatic shift compared to under the Obama administration, which focused much more on place-based strategies such as general mass-transit improvements, regional governance, and Smart Growth. Whether or not these or other policy shifts occur, however, will depend critically on other, hopefully more knowledgeable, political appointees who will help design and carry out the policies under a Carson administration.

For additional reading on housing and urban policy from the Independent Institute, see: