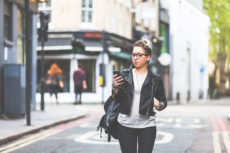 Accusations of virtue signaling have become all the rage in certain quarters in recent years, especially on social media. And one can easily see why: the accusation is a cheap, easy, universally applicable way of disparaging someone’s expressed opinion or belief, essentially a dismissal of that opinion or belief as mere posturing in quest of approval by like-minded listeners or readers. And sometimes no doubt such an accusation is in order.

But it can scarcely be used indiscriminately without losing whatever force it might have in particular instances. If I express an opinion or belief that has moral valence—a statement whose content can be placed somewhere on the scale from vicious to virtuous—it certainly does not follow that my only reason for making the statement is to attract approval by “the right people.” It is entirely conceivable that I am simply expressing my opinion or belief in utter disregard of how anyone else might receive it, stating it ruat caelum (though the heavens fall). People do have opinions and beliefs with moral valence, and it is stupid to dismiss every expression of them as virtue signaling. Such dismissal is a rhetorical device more applicable to mere debating than to a substantive discussion.