The Trump Transition and a Red Apocalypse? 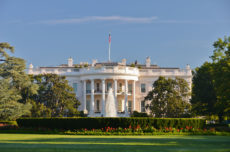 Political observers and the media, unlike scattered groups of progressives, have accepted a Trump presidency as fact and are now focused on the transition from President Obama and its progressive executive branch. Many may be surprised to realize Donald Trump even had a transition team, given the attention to his bombastic and provocative campaign rhetoric. It’s increasingly clear, however, despite the recent shake-up at the top of the transition pecking order, many people have been working steadily behind the scenes for months to put people in key positions of influence by January in anticipation of a Trump win. I was planning to ignore much of this until I recognized several names on the leadership team, prompting me to dig deeper.

While I have not held a position in the Executive Branch, in my 30-plus years of policy work I have briefed senior executives on policy issues in both the Bush and Obama administrations, worked with federal staff and elected officials, and helped scope out legislative agendas for members. I have also worked directly with two key people on the current transition team, am familiar with many of their organizations, and know several others by reputation and through reading. So, here are a few thoughts, recognizing that all the following could change tomorrow because transition processes are very dynamic and we can only guess at Trump’s real management style.

None of this is to suggest Trump will lead an Executive Branch even remotely libertarian. Several of the key transition staff are free market, but a hard conservative line is likely to emerge in the Department of Justice, Office of the Attorney General, and law enforcement. This will probably create challenges for protecting civil liberties. We have yet to see what foreign policy will look like, but Trump has signaled opposition to specific wars, not military intervention more generally as a political tactic. So, libertarians should brace and prepare for the worst even as a few rays of light crack through on economics, environmental, and healthcare policy.

Nevertheless, the transition team leadership suggests this will not be a presidency that is unhinged or unprincipled, unlike the campaign. Presidential Trump will appoint more than 4,000 people to executive positions in the federal agencies and departments. Just 1,200 require Senate confirmation. Another 1,400 serve in confidential and policy roles that do not require Senate confirmation or approval. And still others are executives who work in appointed positions that are below leadership levels requiring confirmation. While much of the media attention has focused on the top, high-profile members of the transition team, clearly most policy will be interpreted and implemented by those completely off the media radar. So, the key people in charge of the transition team and the vetting of candidates for particular departments will be critical.

Samuel R. Staley is a Research Fellow at the Independent Institute and Managing Director of the DeVoe L. Moore Center in the College of Social Sciences at Florida State University. He is a contributing author to the Independent books, Property Rights and Housing America.
Posts by Samuel R. Staley | Full Biography and Publications
conservatism Donald Trump free market policy Libertarianism presidential transition
Comments
Before posting, please read our Comment Policy.