The Return of Protectionism 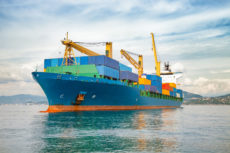 There are different ways to gauge the rise of protectionism. An obvious one is to count, as Global Trade Alert does, the number of measures adopted by various countries affecting competition from outside. Some 4,000 new barriers to trade have been adopted worldwide since 2008.

Another way is to look at the trend in political discourse in developed countries—and the response of the electorate. The effect that Bernie Sanders has had on Hillary Clinton’s views on trade in the current U.S. presidential campaign, and the fact that the most protectionist candidate, Donald Trump, obtained some fourteen million votes and 45 percent of the popular vote in the Republican primaries, tell us much about the shifting views on trade. Not to speak of the strength of the anti-globalizers in Europe, from Podemos, Syriza, and the 5-Star Movement in the south to the National Front in France, the People’s Party in Switzerland, and the True Finns in the north.

As usual when protectionism makes a come back, fabrications and myths displace facts. As AEI blogger James Pethokoukis explained in a recent post using data from The Economist magazine, the poor are the overwhelming losers of the protectionism advocated by the champions of the poor.

There have been three great protectionist moments in the past century. One was the 1930s, when the political paranoia of the Great Depression and the difficulties faced by countries that had returned to the gold standard at unrealistic pre-WWI prices created an environment conducive to economic nationalism.

The second was the 1970s, when stagflation caused by interventionism pushed the world towards protectionism of the non-tariff kind.

The third is now. It is more subtle in terms of the state measures being taken (mostly regulation in the case of the banking and information technology sectors, combined with subsidies focused on agriculture, financial entities, and even the car industry). But today’s protectionist spirit is very potent in terms of political discourse and could lead to a more frontal attack on trade than prevailed in the 1970s.

One reason is probably the fact that “managed trade” has been the preferred approach to international commerce since the end of WWII. As Logan Albright explains at Conservative Review, “managed trade” of the kind embodied by so-called Free Trade Agreements is very distant from real free trade, even though such accords often improve on the prevailing situation because tariffs tend to come down, sometimes dramatically. But the point is that the international architecture built in the past several decades has helped ingrain in people that notion that free trade is a political negotiation, a sort of peace treaty, rather than the absence of impediments to the voluntary exchanges between peoples. Furthermore, the fact that behind every FTA stands an army of lobbyists seeking influence, and that each accord involves conditional concessions, exceptions, and limitations has helped entrench the notion that commerce has little to do with the people’s choices and everything to do with nationalist pride represented by state power.

The world first attempted to build the architecture of global trade through the General Agreement on Tariffs and Trade, a precursor to the World Trade Organization. (Remember those famous GATT “Rounds”—Kennedy in the 1960s, Tokyo in the 1970s, Uruguay in the 1990s, etc.?) Member countries got nowhere trying to produce worldwide agreements, so they opted (thanks in part to Article 24 of GATT) for the formation of trading blocs and bilateral agreements. It would be unfair to deny that, given the suffocating tariffs that weighed on many economies, those agreements often unleashed a significant commercial dynamic in many parts of the world. But that trade model also sent people the wrong signals about what free trade really is, and it added to the confusion generated by politicians who blame problems on deals negotiated between governments—deals that in fact have little to do with the freedom to exchange.

Perhaps the new protectionist era is a good occasion to remake the case for free trade as a bottom-up, mutually rewarding spontaneous activity between consenting peoples, rather than a deliberate, bottom-down framework of political exchanges between governments seeking to gain at each other’s expense.