The Never-Ending Contest in Politico-Economic Life 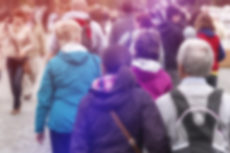 A contest is under way in the world between the forces of creation, improvement, and progress and the forces of destruction, spoliation, and retrogression. This contest has been going on for thousands of years, and except during brief interludes the negative forces always kept the positive forces firmly in check. Roughly 200 to 300 years ago in Western Europe and some of its overseas offshoots, however, the positive forces began to outpace the negative ones, and economic progress slowly became more or less the long-term norm, eventually propelling first Europeans and ultimately most populations in the world to much higher levels of living and economic well-being. Scholars continue to debate precisely what brought about this Great Enrichment.

We know for certain, however, that the negative forces did not disappear. They were merely outpaced or circumvented most of the time in more and more places. The efforts of private inventors, innovators, investors, and workers created the process of normally positive economic growth. But government officials, regulators, influential busybodies, and misguided ideologues always tried to put obstacles in the positive path—always, of course, for what struck them as the best of reasons. They even fancied—at least in public—that they were making a positive contribution to the process, although owing to their lack of understanding of sound economics, they usually did nothing of the sort even when they really were trying.

In any event, a great variety of special interests always understood that if they could capture the powers of government to back their schemes of enrichment and empowerment, they could make themselves better off at the expense of everyone else. So with the spread of “democracy,” the plunder that had previously been confined to a much narrower set of plunderers was made much more comprehensive, giving rise to the real war of all against all. Of course, this ceaseless political war-making wreaks havoc with the creative forces that private individuals and organizations are exerting, and sometimes it overwhelms them completely, as during serious business contractions and great wars.

Although the world at large has been gaining recently as more economic liberty has been gained by people previously oppressed by pervasive states (most notably in China and India), the process in some of the leading countries, such as the USA, has been faltering. Government intervention in monetary and financial institutions, health-care-related areas, environmental management, labor relations, taxation, and regulations in practically every sphere of life have caused investors to hunker down, especially in regard to their long-term investments, and led many millions of workers to abandon the labor force. Regime uncertainty and regime worsening have thus taken the steam out of the process of economic growth and general improvement.

Some analysts believe that the positive forces retain the edge; others are skeptical and expect a tendency toward secular stagnation or even economic retrogression. We know that such reversals are possible: witness such cases as Argentina since the 1930s and Venezuela in the past several decades. In these countries rapacious pseudo-populist governments turned steadily growing economies into basket cases plagued by chronic political instabilities and hence tremendous regime uncertainty and economic retrogression. Such reversal might happen even in such formerly leading countries as the USA, where the two major-party candidates for the presidency now vie with one another in promoting destructive economic policies that would stymie positive economic forces in the private sector.

Whatever occurs in the near term, however, we know that the contest is never-ending, because its two sides represent in effect the two sides of the human heart: the one side yearning to act decently, responsibly, and productively, and the other side longing to get something for nothing at the expense of others. Because we can scarcely anticipate that this duality of human nature will change, we are simply stuck with the ongoing contest. At times fortunate institutional and legal changes may eliminate or diminish some of the existing negative forces, but we can be sure that in one guise or another, they will reappear sooner or later.