Obstructions of Trade and Migration: Who Is Hurt? 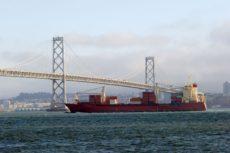 The natural answer, the one most people would give, is that trade restrictions hurt foreigners who want to sell their goods and services to Americans. After all, politicians, including the two major-party candidates now seeking election to the presidency, tell us every day that they will demand various sorts of concessions from or impose various sorts of penalties on—that is, hurt—the foreigners, especially the Chinese exporters, who wish to bring their goods into the USA for sale. And surely it is the case that such hurt would be one result of the higher tariffs, import restrictions, currency revaluations, and other politically popular actions now being bandied about by candidates and the public.

But this hurt would be far from the only kind. Also harmed would be Americans of many sorts. Most important are American consumers, who will gladly purchase products made abroad if those products can make it across the hurdles thrown up by the U.S. government. It should go without saying that depriving American consumers of opportunities to purchase goods that, all things considered, suit them better than domestic alternatives causes them harm. For more than two centuries economists have been laboriously demonstrating how trade restrictions harm consumers in general and benefit protected domestic special interests in particular. And for just as long, of course, many if not most Americans have failed to understand the lesson or have chosen to disregard it, being bamboozled by the privileged special interests, their lobbyists, and their kept politicians.

Domestic consumers, however, are far from the only Americans hurt when the government obstructs international trade. Many kinds of producers rely on raw and intermediate materials from abroad. In some cases they have no other sources of supply. In most cases perhaps they can obtain domestically produced alternatives, but only at higher prices, in poorer qualities, or on other inferior terms, such as slower speed of supply, lesser availability of complementary services, and so forth. When foreign suppliers are shut out, such domestic producers suffer and ultimately the consumers of their products, perhaps several steps farther downstream in the supply stream, also suffer. Again, the idea that trade obstructions simply help Americans and hurt foreigners is revealed as rank nonsense.

Similarly, government restrictions on the free movement of peaceful human beings are usually regarded as measures that hurt those who wish to migrate into the USA and help the Americans who do not wish to compete with their labor or in some cases to suffer their presence in the so-called land of the free. But again this notion is a very partial view of the terrain, because a variety of Americans devoutly wish that the migrants would be permitted to enter the country freely.

Again, consumers suffer when migrants who might have supplied services they desire are not permitted to enter the country and supply them. American consumers spend vast amounts of money on restaurants, hotels, cleaning services, landscapers, and many other kinds of service providers who sell their services directly to final consumers and do so by employing millions of immigrant workers. And, as with producers who suffer when imports of goods are restricted or shut out, so domestic producers suffer when they cannot hire the services of migrant workers freely. Many forms of agriculture exemplify this situation, but so do such manufacturing industries as meat processing, poultry processing, construction of many kinds, and a huge assortment of other industries, including many high-tech industries such as those concentrated in Silicon Valley. In some cases, when migrants have been scared away by immigration-law enforcement, agricultural producers have had to let crops rot in the fields for want of willing workers. This situation hurts producers and, of course, it eventually hurts domestic consumers as well.

In addition, many people living in the USA keenly desire the entry of foreigners simply because these people are their friends, relatives, sometimes their parents or children. They want to live with or near the would-be migrants. When the U.S. government prevents free movement it is harming all such persons, who include unrelated Americans who simply welcome any peaceful and productive persons to their communities, especially those who are relatively orderly, devoted to their children, and hard-working, as most migrants are. Immigration restrictions are violations of the right of free association of all residents of the country who welcome migrants. It is a brutal blow to ordinary people that corrupt politicians and callous bureaucrats in faraway Washington, D.C., should undertake to tell them who their friends and neighbors may be.

In sum, as indicated here and in other ways I shall not recite, government restrictions on international trade and migration are far from a simple matter of the government’s hurting the dreaded “other” and helping “us.” This sort of aggregation conceals the multifaceted reality of how such restrictions, like virtually everything the government does, amount to a form of plunder in which the restrictions work to enrich or cater to the bigotry of some people and some special interests at the expense of a wide variety of native-born Americans and other current residents of the country.