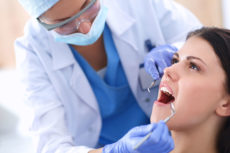 Wonkblog has a post inspired by the dentist who paid a lot of money to shoot Cecil the lion, asking why he—and dentists in general — make so much money. Interesting stuff; I’ve never really thought about the economics of dental care.

But once you do focus on that issue, it turns out to have an important implication—namely, that the ruling theory behind conservative notions of health reform is completely wrong.

For many years conservatives have insisted that the problem with health costs is that we don’t treat health care like an ordinary consumer good; people have insurance, which means that they don’t have “skin in the game” that gives them an incentive to watch costs. So what we need is “consumer-driven” health care, in which insurers no longer pay for routine expenses like visits to the doctor’s office, and in which everyone shops around for the best deals.

Krugman goes on to insist that dentistry is a consumer-driven market: Insurance is far less prevalent in dentistry than in medicine, and most dental care is routine and preventive. Yet, he points out, costs of dental care have risen at the same rate as costs of other health care, not at the rate of other consumer goods and services.

With respect to prices (an important factor in cost, but not to be confused with cost), Professor Krugman is not quite right. In the Consumer Price Index, the price of going to a dentist rose 2.8 percent in the twelve months to August 2016, versus 4.3 percent for going to a doctor. The price of services other than medical services rose 2.8 percent, so dentistry does not seem out of line. On the other hand, the price of seeing “other medical professionals” rose only 1.3 percent, and prices for all items less medical care rose just 0.7 percent, so it certainly looks like something might be going on in dentistry that needs reform.

What Professor Krugman missed was the supply side of dentistry, not the demand side. “Other medical professionals” includes professions like physical therapy, which some describe as “midlevel.” Dentistry, however, remains controlled by state-level licensing, which excludes midlevel practitioners who can provide some services at lower cost.

The Pew Charitable Trust has researched this supply-side problem and advocates solving it with dental therapists:

... midlevel providers similar to physician assistants in medicine—[who] deliver preventive and routine restorative care, such as filling cavities, placing temporary crowns, and extracting badly diseased or loose teeth. As states grapple with provider shortages, especially to serve vulnerable populations, a handful have acted to allow dentists to hire these practitioners, and many others are exploring the option.

So, price competition in dentistry is due not to a lack of government controlling the demand, but rather to government limiting the supply of less expensive options. Hopefully, that is changing.