9/11 and the Political Uses of Crisis 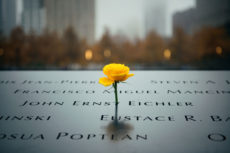 Fifteen years after the September 11th terrorist attacks, we can see that the horrific events unfortunately fit the pattern of other major tragedies. As Independent Institute scholar Robert Higgs has documented so ably in his work (see, for example, here, here, here, and here), the Leviathan State exploits a crisis in order to expand its power. Ironically, the federal government had already intervened heavily in the air transport industry to provide safety prior to 9/11, and we have mountains of evidence that its subsequent takeover of passenger screening has been an unnecessary boondoggle.

Conservative right-wingers fumed when Obama advisor Rahm Emanuel declared that “you never want a serious crisis to go to waste,” but the Bush administration acted on the same tenet after 9/11. The United States government invaded and occupied Iraq, even though the latter had nothing to do with the attacks. (It certainly hadn’t supplied 15 of the 19 hijackers, which U.S. ally Saudi Arabia had done. Also, to forestall angry emails from people telling me I’m naïve for buying the government’s official story: I’m showing that even according to its own narrative the U.S. government’s response makes no sense.)

Yet I’m not an expert on foreign policy or military matters, so let me focus on economics. Specifically, does it make sense that the federal government nationalized airport screening for passengers and luggage?

The answer is no. In general, we know that the federal government is much less efficient and conscientious than private businesses, and airline security is no exception to the rule.

Before the 9/11 disaster, the federal government did not prohibit passengers from carrying box cutters aboard airplanes. (Apparently an industry manual—with standards exceeding those established by the FAA—did instruct screeners to confiscate such items.) So yes, it is true that airport screening procedures were lax that day and allowed a catastrophe, but the problem was not that the private sector screeners failed to implement government rules. No, the government rules in place would have allowed men with box cutters to board their planes.

The conventional narrative would have you believe that a state of laissez-faire anarchy prevailed in airline safety in the lead-up to 9/11. But of course that’s not true. Let us quote from the Federal Aviation Administration (FAA) website to document some of its history, and in particular its emphasis on safety:

Aviation industry leaders believed the airplane could not reach its full commercial potential without federal action to improve and maintain safety standards. At their urging, the Air Commerce Act was passed in 1926...

To ensure a federal focus on aviation safety, President Franklin Roosevelt signed the Civil Aeronautics Act in 1938. The legislation established the independent Civil Aeronautics Authority (CAA), with a three-member Air Safety Board that would conduct accident investigations and recommend ways of preventing accidents...

Almost from its creation, the agency found itself faced with a number of unexpected challenges. In 1961, for example, the first series of aircraft hijackings in the U.S. occurred...

The Airport and Airway Development Act of 1970 placed the agency in charge of a new airport aid program funded by a special aviation trust fund and made FAA responsible for safety certification of airports served by air carriers. [FAA website, bold added.]

As the above excerpts demonstrate, for many decades the federal government had a large, and steadily growing, role in regulating the airlines, and from the beginning it emphasized the need to ensure safety. The failure to prevent the 9/11 attacks was thus not merely an example of the private screeners being asleep at the wheel; it was also a failure of the entire government regulatory apparatus. And yet, the conventional reaction to the events was that we “obviously” needed to have an even bigger role for the federal government.

To flip the tragic event on its head, I can ask: What would need to happen to show that the FAA had failed in its avowed mission to provide Americans with safe air travel?

The case for private provision of a good or service isn’t that entrepreneurs are omniscient or angels. No, the case is that open competition weeds out shortsighted and/or unscrupulous operators, and lets the high-quality, affordably priced products and services rise to the top. In contrast, when the government screws up, the agency in question typically gets more funding and staff—or new agencies are created, such as the Transportation Security Administration.

We have all heard the jokes about the TSA, but the full shame that has befallen our country hit me a few years ago when I went to an Austrian economics conference in Brazil. As we were going through airport security for a short flight within that country, I instinctively took my shoes off. The other passengers looked at me whimsically, and I realized with embarrassment, “They are thinking, ‘Oh yeah, the Americans take their clothes off to get on a plane.’”

It would be one thing if the enormous invasion of our privacy at least came with the benefit of airtight security. Yet it doesn’t. For just one example, in 2015 the head of the TSA was reassigned after undercover agents in dozens of the nation’s busiest airports had smuggled fake explosives past airport screeners in 95 percent of attempts. As this NBC article explained:

In one case, an alarm sounded, but even during a pat-down, the screening officer failed to detect a fake plastic explosive taped to an undercover agent’s back. In all, so-called “Red Teams” of Homeland Security agents posing as passengers were able get weapons past TSA agents in 67 out of 70 tests—a 95 percent failure rate, according to agency officials.

This isn’t the first time TSA officers have failed to detect fake terrorists and their weapons. “Red Teams” have been probing TSA checkpoints for 13 years, oftentimes successfully getting weapons past airport screeners.

To repeat, this 95 percent failure rate didn’t occur two weeks after the TSA came in—it happened just last year, more than a decade after the TSA was up and running. Again I ask: What would the world look like, for people to admit that the government takeover wasn’t keeping us safe?

It would also be heartbreaking, but not infuriating, if such incompetence were merely the result of misguided altruism. But it’s not. For example, Michael Chertoff served as head of Homeland Security from February 2005 to January 2009, and while serving in that capacity he championed the installation of airport full-body scanners, manufactured by Rapiscan Systems. Then after leaving his government position, Chertoff founded a consulting agency that included Rapiscan as a client. After the Christmas Day “shoe bomber” incident, Chertoff made dozens of media appearances pushing for the federal government to buy more full-body scanners for airports, leading to accusations that he was abusing the public’s trust to enrich his corporate client.

When the government expands its role in the provision of a good or service, it inevitably causes unintended consequences. As Ludwig von Mises taught, government officials lack the feedback of market prices and the profit and loss test. The federal government under the allegedly “small government conservative” George W. Bush nationalized airport screening, and the result was an expensive, corrupt invasion of basic privacy, coupled with rampant security failings. As the government’s own internal audits prove, the lack of another major terrorist attack on airlines is not to be explained by the tenacious TSA catching them at the gate.

Although the case for completely privatized air security is not as obvious as the case for private provision of television sets, the only conceptual difficulty is the question of legal liability. But suppose, for example, that part of what you bought with an airline ticket was a contractual pledge by the airline to indemnify your estate with the appropriate “human life value” (which could be in the millions of dollars for an adult breadwinner) in the event of a crash. Then airlines would need private insurance companies to back them up before they could operate. The insurance companies could send inspectors to look at maintenance logs, see if the pilots were rested and sober, and attempt to get contraband through security. This purely private system wouldn’t be perfect, of course, but it would be decentralized and competitive, so that shoddy companies would go out of business.

Both theory and history demonstrate that the private sector can provide services, including airline security, better and at lower cost than the federal government. Fifteen years after 9/11, that is still the verdict.