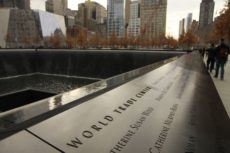 September 11, 2016, marks the fifteenth anniversary of a calamity that shook America to its core.

I remember vividly to this day being riveted by the constant video replays of the two Boeing 767s plowing into the World Trade Center, people leaping from office windows to their deaths, the collapses of the twin towers, and the dazed look of survivors on the streets of Manhattan. I have since read many stories of heroism on that day—the bravery of the first responders and of ordinary citizens in the twin towers themselves, of passengers on United Flight 93 in the skies over Pennsylvania, and of people navigating the wreckage at the Pentagon—and I’ve wondered whether or not I could have mustered such courage.

9/11 launched a perpetual “war on terror” overseas, but it also triggered attacks on civil liberties here at home. Infringements of the privacy rights of ordinary Americans are particularly noteworthy.

Thanks to Edward Snowden, to reports by Glenn Greenwald in The Guardian, to “WikiLeaks” and others (see, for example, Anthony Gregory’s recent Independent Institute book, American Surveillance: Intelligence, Privacy, and the Fourth Amendment), we now know that the surveillance state is snooping into our telephone records, email communications, and social media posts with a fine-toothed comb. “Probable cause” apparently no longer is necessary for law enforcement officials to collect and examine even our most personal or professional activities. (I once said “Israeli war plans” in a telephone call to a co-author and former student of mine then working as a program officer at the National Science Foundation; my words were followed immediately by an audible click, which my friend informed me signaled that our conversation was being recorded.)

I am not an expert on national security or privacy issues, although I’ve read the U.S. Constitution many times. I am, however, qualified to weigh in on many issues of public policy. As an academic economist who specializes in the workings (and failures) of government institutions, I have some idea of how and why well-meaning public policies often go awry.

With Burak Dolar, another former doctoral student of mine, I have published two journal articles [here and here] on the economic consequences of the USA PATRIOT Act, a bill Congress passed on the heels of 9/11 by a nearly unanimous vote in the Senate (only one “nay”) and by a solid majority in the House (66 “nays”). We looked specifically at that law’s anti–money laundering provisions, which require financial institutions to adopt policies and procedures to deter transfers of money that might aid terrorists. (Those measures reinforced existing regulations created to make it more difficult for banks to launder the proceeds of illicit drug trafficking.)

The PATRIOT Act required financial institutions to verify the identities of their customers, to adopt procedures to identify suspicious transactions, and to designate officers responsible for compliance. Those and other regulations imposed by the post-9/11 law were, of course, “one size fits all.” As one might have predicted, the costs of complying with them burdened smaller firms more than their bigger rivals, who could spread the costs over larger volumes of transactions. Professor Dolar and I estimate that, as a result of this differentially heavy compliance burden, about 3,000 small U.S. banks and thrift institutions disappeared thereafter, either through bankruptcy or acquisition by larger competitors.

So, a much more concentrated financial sector is one effect of 9/11. This increase in market concentration means that many more U.S. financial institutions are now, for all practical purposes, considered “too big to fail” (even though, with the passage of Dodd-Frank, the authorities claim that they have abandoned this doctrine). Although the regulatory reach of our nation’s central bank, the Federal Reserve System, is much broader and more powerful, these developments do not necessarily improve the safety and soundness of the financial system. In fact, some analysts have argued that we are in some ways now more vulnerable to a financial meltdown.

9/11 was a catastrophe for America and the world. Sadly, many of the U.S. government’s responses to it also have been disastrous, and the harms to American liberty and security may continue to mount.