The Three Basic Means by Which Ruling Elites Maintain Their Control 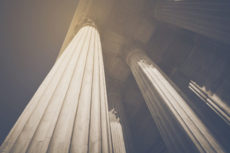 Ruling elites have three basic ways to keep the subject population under their thumb: threaten, bribe, and bamboozle. Everything they do is a variant of one of these basic actions. So, if the lush, misleading overgrowth were cut away, all government activities could be undertaken by only three departments: the Department of Cops and Soldiers; the Department of Santa Claus; and the Department of Delusion. However, if such a drastic, visible simplification were undertaken, the efficacy of the bamboozlement would be greatly diminished. It would be a public disservice to load more truth on the public than it can stand.

Much of what the government does ostensibly to carry out some valuable purpose (e.g., assisting the deserving poor, the sick, the struggling millionaire farmers, the domestic sellers facing allegedly unfair import competition, the sober college students, the elderly, people suffering ethnic or racial discrimination; protecting the nation against menacing foreigners and aliens from outer space; containing disastrous global warming; promoting a cleaner, healthier environment; undertaking or subsidizing scientific and technological research) amounts to specific forms of bribery, to buying people’s loyalties by giving them a portion of the loot the government acquires by means of its threats of enforcement and its bamboozlement in regard to the subjects’ “civic duty” to cough up taxes as the government stipulates. The state’s organizational complexity and its associated pragmatic and ideological veils prevent the general public from seeing what is really going on and then, perhaps, opposing it or becoming more recalcitrant in complying with government edicts and demands for tribute, thereby throwing sand in the state’s machinery of oppression and plunder.

As an exercise, you might test the TBB (threaten, bribe, bamboozle) hypothesis. See if you can find any significant government activity that does not fit under one or more of these three rubrics.