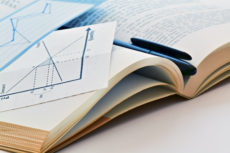 Sometimes when I criticize something maintained by a great intellectual such as Ludwig von Mises, people respond on social media by writing shorthand comments such as “Mises > Higgs.” This is silly. Am I the intellectual equal of Mises? Of course not. I would be an idiot to suppose I am. However, my overall intellectual inferiority does not imply that when I disagree with him on a specific point, I am always the one who is wrong.

Am I the intellectual equal of Einstein? The question is ludicrous. Yet on certain matters where Einstein and I differ, he was clearly the one who was wrong. I can explain—I believe, quite convincingly—why socialism is an arrangement wholly unsuited for the attainment of the objectives that well-intentioned socialists such as Einstein believed it would attain. Einstein simply did not know much about economics, however great a physicist he surely was.

This same sort of difference may arise with anyone. There must be millions of people—probably hundreds of millions—who are in some overall sense my intellectual superiors. Yet it does not follow that when I differ with one of these persons, I am the one in error. Appeal to authority is a fallacy, to be sure, yet when one is considering a matter on which the authority has established his bona fides through high levels of intellectual contribution, such an appeal is nearly unavoidable in some discussions—it is rarely possible for amateurs to go back to the drawing board on which so many authorities have traced our their arguments and displayed their evidence. But when authorities speak outside the bounds of their genuine expertise, it is common for them to speak foolishly, and their audience ought to bear this reality in mind.

I recall that after George Stigler was named to receive the Nobel Prize in economics, he received the usual deluge of calls from journalists, who asked him about such matters as what was going to happen in regard to the business cycle, the stock market, and interest rates. George confounded the reporters by replying that he had no idea. Although he was an outstanding economist, he did not work in macroeconomics or finance, and hence he had no special expertise to answer such questions (indeed, in this case even economists who did work in the appropriate areas could scarcely offer a valuable reply because like everyone else, they did not know the future).

Renaissance men are in short supply; they always have been, even during the Renaissance. So when a scholar expresses views on a wide range of subjects, the potential for error in one or more such expressions becomes greater. Scholars who do not stick to their knitting are then subject to correction even by much lesser lights who have focused on the area in question.

Moreover, regardless of how far afield a thinker may have gone, anyone can make a mistake. My old friend Murray Rothbard used to declare that in economics the most highly regarded thinkers are actually most likely to make mistakes in the area for which they are regarded as most expert (e.g., Milton Friedman in monetary theory was one of his examples). Although I am inclined to think that Murray was guilty of hyperbole in this case, there was more than a grain of truth in what he said. Anyone can make mistakes, and great thinkers are not exempt from this frailty, even in their areas of genuine expertise.

When we observe that a thinker’s followers regard his every utterance as Revealed Truth, rather than a fallible conclusion, we know that they have transformed the thinker from a true scholar or intellectual into the icon of a cult. It is unfortunate that some of my own most esteemed masters, such a Mises, have suffered this fate, as have Rothbard and, to a lesser extent, F. A. Hayek. This development has arisen in part from the ideological content or overtones of these author’s writings and in part from the perception that they were denied their due respect by the intellectual establishment and therefore qualify as personally and intellectually heroic to the point of infallibility. I am confident that neither Mises nor Hayek would have approved of being turned into a cult icon. Learning from and respecting these great thinkers are all for the good, but great as they were, infallibility was not given to them, as indeed it is not given to anyone. So, on occasion, even a great thinker’s ideas may be discovered to have been mistaken, perhaps even by a thinker who is vastly inferior overall.