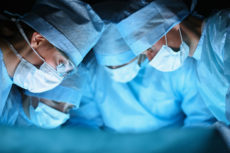 Physicians in Canada’s largest province, Ontario, have rejected a contract negotiated between the Ontario Medical Association and the provincial health ministry. The more than two-year-old dispute shows no sign of ending.

Every Canadian is covered by a provincial government health plan. Doctors therefore have only one plan with which they must contract. Individual doctors, however, cannot decide how much to charge their patients. Instead, they depend on a centrally bargained contract that determines fees for every procedure and practice, from the skyscrapers of downtown Toronto to the windswept hamlets on the frozen shores of Hudson Bay.

No wonder it takes more than two years to negotiate a contract. According to the Globe and Mail, the doctors’ demands were threatening to bust an already heavy-laden budget:

The hardline stand of Ontario’s doctors raises questions across the country about how to balance the labour rights of a well-organized profession with spiralling health costs that threaten to swamp provincial budgets as populations age and guaranteed federal health transfers grow at a slower rate.

At least Ontario’s doctors did not go on strike, as young doctors in Britain did recently. It is hard for Americans to imagine the entire profession of medicine walking off the job like U.S letter carriers did in 1970. However, labor strife among physicians appears to be common in countries where the government monopolizes payment for medical care.

The hostile relationship that develops between the medical profession and the state in countries with single-payer health systems makes a mockery of the so-called guaranteed “right” to health care that underpin single-payer proposals from politicians like Bernie Sanders.

For the pivotal alternative to Obamacare, see the Independent Institute’s widely acclaimed books, Priceless: Curing the Healthcare Crisis and A Better Choice: Healthcare Solutions for America, by John C. Goodman.