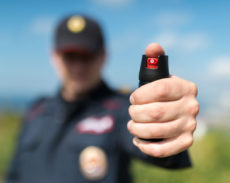 “Police misconduct” is a term one hears from time to time. Some people complain about it. Most, however, refer to it as simply a mistaken idea advanced by disgruntled ne’er-do-wells who refuse to accept that only a few “bad apples” among the police ever do anything wrong—and when they do it’s for altogether understandable and forgivable reasons.

How can it be otherwise? If the police abuses and crimes that some of us perceive as rampant in the USA were something out of the ordinary, something that undermined the position of the police departments and related organizations that carry out the crimes, then the politicians, chiefs of police, and other authorities would put a quick stop to the bad actions and cast the bad actors into outer darkness. But they do nothing of the sort (the exceptions are too few to matter). The nearly universal acceptance, and indeed reward, of police “misconduct” tells us everything we need to know. It’s not an anomaly, a mistake, or a black swan. It’s exactly what our political masters intend to dish out to those of us on the receiving end of it.

Language is important. We can’t think straight if we can’t call things by their correct names and if we substitute euphemisms and propaganda terms for plain, precise language. What is called police misconduct is not misconduct; it is police conduct. Which is a great misfortune for the suffering multitude whose rights to life, liberty, and property are so grievously violated by this routine police action.