The Democratic Platform on Health Care: Bad, but Not Universally Bad 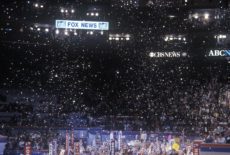 The Democratic National Convention has produced a 51-page campaign platform that devotes five pages to health care. Leaving aside the promotion of abortion as a partisan wedge issue, the platform asserts the goal of “universal health care,” which is “a right, not a privilege.”

The notion of health care as a “right” is now widespread, although a banal platitude has dangerous implications. Whenever I am asked whether a person has a “right to health care,” I answer: “A person has the right to spend as much of his money on health care of his choice as he prefers.” This generally results in confused looks. I then describe how that right is infringed by Medicare payroll taxes, and government programs like Medicaid, the Veterans Health Administration, and Children’s Health Insurance Program. Taxes funding those programs are taken from people’s incomes, and cannot therefore be spent on health care which the earners prefer.

A “right” to health care is likely more dangerous than a right to food (which can result in severe shortages due to government confiscation and distribution). If worse comes to worst, at least you might be able to keep some chickens and grow some fruit and vegetables on your own plot of land. Modern health care, on the other hand, requires highly skilled practitioners and capital investment in medical innovation. Suppliers of both can go on strike in response to government control, and the ordinary person can hardly perform his own knee replacement or make his own hypertensive drug.

The Democratic Party platform (implicitly) recognizes the shortcomings of Obamacare by extolling a so-called “public option” and advancing Medicare eligibility to those aged 55 and over who want to opt in. The “public option,” never well-defined when Senator Obama supported it and Senator Clinton opposed it during the 2008 Democratic primary, was rejected by the congressional Democrats who passed the Affordable Care Act in 2010. It has come back because private insurers are losing lots of money in Obamacare’s exchanges, and dropping out of them. Insurers that remain are increasing premiums by double digits. It is likely that people will stop paying these sky-high premiums, and the uninsured rate will climb again.

The public option would remove the risk of loss from insurers – and lay it all on to taxpayers. Which brings us to allowing 55-year-olds to opt in to Medicare. The Democrats’ platform does not state how premiums will be calculated, but there would be no point unless they were subsidized by taxpayers. Currently, premiums for Medicare Part B, which pays for physicians, cover one-quarter of the cost, which taxpayers pay three-quarters. If the public option and Medicare opt-in become law, look for the tax burden and unfunded future liabilities to explode.

What is not so bad in the party’s platform is this: “Democrats will empower the states, which are the true laboratories of democracy, to use innovation waivers under the ACA to develop unique locally tailored approaches to health coverage.” That sounds like it was plagiarized from a Republican document – but not so fast. Only some waivers will be approved: “This will include removing barriers to states which seek to experiment with plans to ensure universal health care to every person in their state.”

That is code for getting rid of all private coverage in a state in favor of “Medicaid for all,” something which Vermont’s governor tried to do but failed. On the other hand, states which want to allow more private choice can forget about it. The Democrats “will oppose Republican plans to slash funding and block grant Medicaid.”

Promising waivers for state-based innovation in health coverage while forbidding block grants (which would transfer federal dollars to the states to spend on health care without federal interference) is like promising people fruit but outlawing citrus fruit. It cuts out a lot of choices.

This discrimination is unfair. Both Republican and Democratic reforms should be possible using waivers from Obamacare.