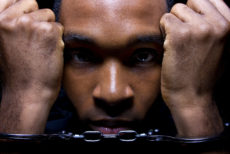 In August 1965, the streets of Los Angeles erupted in fire, as black rioters burned hundreds of stores and ill-equipped police withdrew from the violent scene. Initiated by a minor altercation with a police officer, Watts was followed by worse riots, often sparked by encounters with police, turning cities like Detroit into burnt-over districts. The “liberal” solution (more welfare spending) and the “conservative” response (militarization of the police) both went into effect. Yet, here we are in 2016 with violence between police and blacks, as if policymakers have done nothing. In fact, the solutions pursued compounded the problems they meant to solve: government has grown too big to be trusted and it is trusted least of all when young black men encounter police. And, yet, unlimited, untrustworthy government is a problem we all face.

Social welfare programs did not deliver on the promise to end poverty, crime and entrapment in low-income neighborhoods—such measures have instead destroyed black families and urban-based, private enterprises. The expansion of police power did not reduce crime until other policies were changed, including a willingness to prosecute and imprison violent criminals—which benefited African Americans who are by far the major victims by crime. Even so, police relations with blacks remained tense.

Since the 1960s, spending on welfare and police—and just about everything else—has grown enormously—affecting not only blacks but all of us. Countless new laws regulate every aspect of life. These laws usually require racial profiling, beginning with check boxes designating race. Applying for government aid or a private sector job? Tell us your race. Arrested for a crime? Government will classify you by race.

Laws are backed by government force, now more than ever. Scores of federal agencies—including the Department of Education!—have SWAT teams. The Left and the Right have expanded government heedless of adverse consequences. There are now 3,000 federal laws and 300,000 regulations with the force of law. Lethal force can be used to enforce trivial laws (Eric Garner selling loose cigarettes). Or dubious laws (the failed “War on Drugs”). Other laws target people engaged in lawful activity. Complex tax laws, for example, may ruin an honest person’s life.

My book, Race and Liberty in America: The Essential Reader (2009), illustrates how small-government advocating “classical liberals,” from Frederick Douglass to Clarence Thomas, appreciated the power and limits of government. Laws or lawsuits were necessary when forces (for example, the Ku Klux Klan) threatened inalienable rights of life, liberty, and property. But they did not turn to the government as recklessly as modern-day liberals or conservatives do—better to build character and address personal or social issues through voluntary action, such as self-help or the exercise of individual aspirations through private enterprise and civic associations.

James Forten, a black Revolutionary War veteran who became a wealthy sailmaker opposed a law that would have required blacks to register as free blacks (rather than undocumented runaway slaves). The law was clear: some blacks were free, others were slaves; the law was unobjectionable to the legislators who proposed it. The bill’s sponsors argued “If you are a free black, why worry?” Forten noted how such a law would actually be enforced by police charged with classifying who was free or unfree:

Who is this [officer]? A man, and exercising an office, where ten dollars is the fee for each delinquent, will probably be a cruel man and find delinquents where they really do not exist. The poor black is left to the merciless gripe of an avaricious [officer], without an appeal, in the event, from his tyranny or oppression!

Incentives matter. Police, like the rest of us, react to the incentives of civil forfeiture laws, fines to purchase police equipment, and much more. Administrative agencies, too, may reap fines, fees, and the mere exercise of power for personal benefit (“I am the Law!”). In some instances, the police—or their administrative equivalent—reluctantly carry out orders for others. (“I am only doing my job”). An IRS audit sends chills down spines and can, if carried out, lead one to prison or lifelong garnishment of wages for failing to understand our mindboggling tax code.

—Jonathan J. Bean is a Research Fellow at the Independent Institute, Professor of History at Southern Illinois University, and editor of the book, Race & Liberty in America: The Essential Reader.