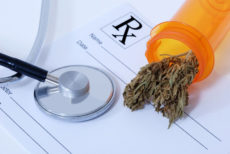 In a fascinating article in Health Affairs, Ashley Bradford and David Bradford of the University of Georgia have estimated that medical marijuana has benefited taxpayers:

Let’s not get carried away, here. The Medicare Part D prescription drug program spent $69 billion on benefits in 2013, of which $59 was funded by taxpayers (not premiums). So, medical marijuana is making an insignificant dent in the burden of this entitlement.

Nevertheless, there are some lessons to be learned. Allowing states the freedom to legislate controversial issues like medical marijuana (instead of the federal government overriding states’ general police powers) has benefits. Sure, it allows laws to be made by a government that is closer to its people than Congress is. However, it also allows information to emerge because scholars can observe and assess different outcomes in different legal regimes. Once Congress acts to impose one rule nationwide, no such information can arise from which the people and legislators can learn.

It is also important to recognize that people buy medical marijuana with their own money, not taxpayers’. This research highlights that Medicare Part D entitlement was not necessary for seniors to gain access to medically necessary drugs. Seventy percent of the elderly already had prescription coverage, and $12 of $13 of Part D spending substituted for drug spending that seniors already incurred.