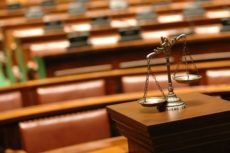 We all know from the TV series Law and Order that, “In the criminal justice system, the people are represented by two separate, yet equally important, groups: the police, who investigate crime; and the district attorneys, who prosecute the offenders.” Day in and day out, these two groups work shoulder-to-shoulder for a common cause.

But what happens when members of the police themselves are the alleged offenders? Two recent cases involve the notorious deaths of Michael Brown in Ferguson, Mo., and Eric Garner in Staten Island. Both cases involved the arrest of an unarmed man for a relatively minor offense—Brown was suspected of having shoplifted some cigarillos, and Garner was accused of selling loose cigarettes, perhaps in evasion of the 29 cent per cigarette New York State and City cigarette tax. Neither crime posed a dire threat to public safety or warranted the use of lethal police force.

In the Michael Brown case, we know from the unusual public release of the grand jury proceedings that the county prosecutors vigorously defended the police defendant before the grand jury, which therefore only naturally declined to indict on charges of murder or even manslaughter. The Eric Garner grand jury proceedings were secret, but again the county prosecutors failed to obtain any indictment, even though there would appear to have been ample “probable cause” that excessive and unauthorized force was used in both cases.

I am no attorney, but I would suggest that our adversarial justice system is more likely to function properly in cases involving apparent police misconduct, if the county prosecutors who work hand-in-hand with the local police on a daily basis were not also responsible for prosecuting them when things go wrong. Instead, all cases against local police should be prosecuted by a special division of the state Attorney General’s office, or at least by Special Prosecutors appointed by the state’s Attorney General, perhaps drawn from other, non-contiguous counties in the state.

Update, 8/4/16: Just for the record, the photo I had originally included with this post was the autopsy diagram of Michael Brown’s wounds from http://www.nytimes.com/2014/08/18/us/michael-brown-autopsy-shows-he-was-shot-at-least-6-times.html?_r=0 . Although this diagram was somewhat graphic, the New York Times had found it “fit to print.” Nevertheless, The Beacon replaced it with a generic “scales of justice” photo.