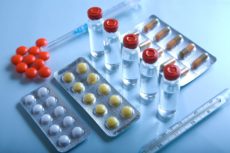 In the print edition of the latest issue of National Review, staff writer David French has a sobering article describing how the Veterans Health Administration is overdosing veterans on prescription drugs. A veteran himself, French has plenty of anecdotes about his buddies:

They couldn’t sleep, so they had to take Ambien. They were depressed, so they were taking Lexapro. They had chronic neck and back pain after hanging 90 pounds of gear on their frame day after day, month after month, so they took Lortab. They were anxious, so they took Xanax.

It was as if a VA doctor had simply listened to a list of symptoms, located a pill to address each complaint, loaded up the patient with prescriptions, and called it “treating” a soldier with PTSD.

In 2014, an inspector-general report found that the VA was systematically over-medicating its patients – even to the point of death.

Wisconsin’s Senate race is being roiled by a report on the VA facility at Tomah, a place so notorious for freely writing narcotics prescriptions that it gained the nickname “Candyland.”

I am sure the usual bad government incentives are at work here. I’d also like to point out that the VA gets the lowest prices in the country for prescription drugs. However, of the top 200 drugs prescribed in the United States, only 59 are on the VA’s formulary (list of drugs covered).

Despite low prices and lack of access to most commonly prescribed drugs, the VA manages to get veterans hooked on narcotics. Why would we expect the federal government to do a better job if it dictated prices and controlled access to medicines for other Americans?