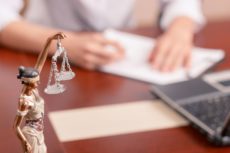 The FBI’s recommendation against the prosecution of Hillary Clinton for her wanton, illegal mishandling of classified information in her emails puts on display once again the reality of the so-called rule of law in the USA. This reality is, above all, that the system is trifurcated: there is effectively one set of rules for the great mass of white, middle-class citizens; another set for blacks, Mexicans, and poor whites; and, most notably, another set for the powerful and connected members of the ruling elite.

For the first group, which for the most part tries to be “law-abiding” and supportive of “law enforcement,” the laws, regulations, and cops are obnoxious at times, but not for most people intolerable. People get used to being told what they must do and refrain from doing. They may grouse about certain laws, but they remain loyal to the political and governmental system that puts those laws in place and oversees their enforcement. These people are inclined to view instances of police abuse as the misfeasance of “a few bad apples.”

The second group has a clearer view of reality. They understand for the most part that the laws and the cops are not there for their protection, and indeed are part of an overall arrangement that looks all too much as if it were deliberately designed to humiliate, oppress, and persecute them, often in the guise of enforcing drug laws or petty commercial regulations that act as barriers to their self-employment or operation of small businesses. To members of this group, the cops are an army of occupation, and the disproportionate number of blacks and Mexicans in jails and prisons as well as the various state and local convict-labor arrangements testify fairly clearly to the correctness of their perception.

L’affaire d’Hillary, in contrast, shows that the system’s kingpins are pretty much above the laws, even the laws that they themselves have made and purport to enforce equally without fear or favor. The Clintons appear for all the world, and long have appeared, as a free-range criminal family with far-reaching elite connections—who’s to say what is bribe and what is shakedown?—amounting to what might well be described with a nod to Lady Macbeth herself as “a vast left-wing conspiracy.” So even when the FBI itself has the pelotas to report in great detail on Hillary’s law-breaking, it takes upon itself the pronouncement that a prosecutor would not have a case against her.

Meanwhile, thousands of members of the first group languish in prison for lesser offenses, and millions of the second group rot in jails, prisons, and under probation for actions that ought never to have been criminalized in the first place—above all, violations of the laws against the use, possession, and trafficking in certain substances that individuals wish to enjoy and have every right to enjoy without anyone’s molestation. But the prison-industrial system is happy, and isn’t that what counts in a system so corrupt that its stench fills the earth?

Yes, Americans purport to take great pride in possessing a system “of laws, not of men.” But it’s a gigantic joke, and not a funny one at all. It’s a rotten system from A to Z, but its rottenness bears with greatest force on those who occupy the periphery of American society, less heavily on those largely ignorant and ideologically self-blinded in the great mass of white, middle-class “respectable” people, and scarcely at all on the rich, well-connected, and politically powerful. In short, even in a country that imagined itself to be different—a city on a hill, blah, blah, blah—it turns out that things work here pretty much as they work and always have worked nearly everywhere on earth. The peasants suffer abuse and oppression, and the likes of Hillary Clinton and Co. laugh about the way things are all the way to the bank and the throne.