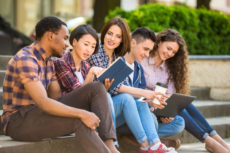 Death, taxes, and rising college prices – these are among life’s few certainties. A new study helps shed light on the latter.

Using Department of Education data, Seton Hall University professor Robert Kelchen found that inflation-adjusted fees grew faster than tuition at state schools between the 1999-2000 and 2012-2013 academic years. During that time, fees at community colleges soared 104 percent, while tuition climbed by 50 percent. Fees at four-year public colleges skyrocketed 95 percent over that period, eclipsing the 66 percent hike in tuition at the same time.

A common excuse for rising prices is that colleges and universities had to raise prices to offset state budget cuts.

The Cato’s Institute’s Neal McCluskey has shown previously that this excuse doesn’t hold water since college tuition price hikes either matched or more often exceeded budget cuts in most years he studied. More recent data from the US Department of Education confirms this trend.

A recent report covering this time period documents that as the economy was heading south, administrative salaries kept going up (p. 9 and Table C).What’s more, another report finds that the creation of new administrative positions is a leading culprit for the growth in administration.

This trend has gotten so bad that an online University Title Generator has been created that spits out fake (yet credible) administrative position titles along with estimated salaries.

Vice Provost for the Committee on Neighborhood Diversity, with an estimated pretend annual salary of $258,704, is one example. Associate Coordinator of the Office of Dining Technology, with a pretend salary of $82,613 is another. There are plenty more funny examples, but the sad part is these made-up administrative positions aren’t all that far-fetched.

According to Richard Vedder, Ohio University distinguished economics professor emeritus and director of the Center for College Affordability and Productivity:

...[universities] are in the housing business, the entertainment business; they’re in the lodging business; they’re in the food business. ... Every college today practically has a secretary of state, a vice provost for international studies, a zillion public relations specialists...My university has a sustainability coordinator whose main message, as far as I can tell, is to go out and tell people to buy food grown locally...Why? (Quotation from p. 93 here).

Of course, skyrocketing college prices are no laughing matter–but neither is trying to blame state taxpayers for not shoveling out more funding—particularly when leading indicators suggest this administrative growth will continue unabated.

Postsecondary education administration is projected to grow by 9 percent during the present decade, “faster than the average for all occupations,” according to the Bureau of Labor Statistics.

While enrollment is also projected to increase over this period, it’s likely that if given the option, students would prefer fewer community outreach vice provosts, government liaisons (i.e., lobbyists), and public affairs managers so they could earn degrees that won’t leave them saddled with around $30,000 in debt.